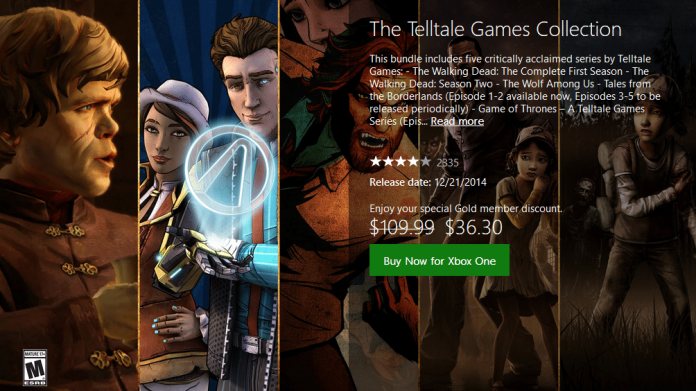 If you have dabbled a little in some of the Telltale Games and enjoyed what you played, then this is a great deal for you to consider.

– The Wolf Among Us

– Tales from the Borderlands (Episode 1-2 available now, Episodes 3-5 to be released periodically)

PLEASE NOTE: If you purchase this bundle, do not repurchase the Tales from the Borderlands Season Pass.  You will have access to Episodes 2-5 when they are released.

To access this deal either visit the Marketplace via your console or head over to the Xbox Store online to initiate your installation if you have background downloading enabled.

To see what other games are discounted today as a part of the Countdown Sales visit HERE.