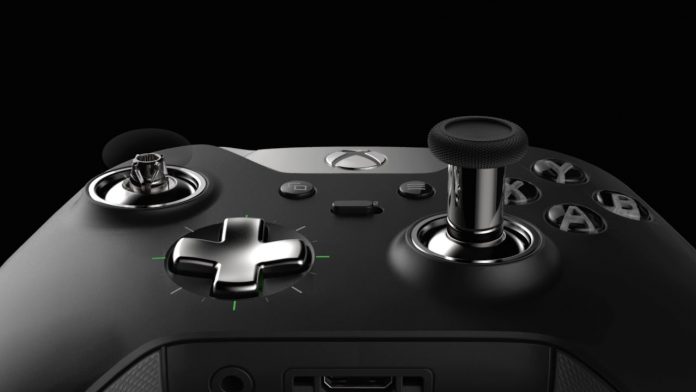 Money, sadly does not grow on trees. So with that in mind most of us find the prospect of outlaying $150 on a controller quite hard to justify.

We live in a digital landscape that is continually evolving, requiring us to outlay continuously if we want to experience new technologies while they are still ‘new’.

So how does one decide if the new Elite Controller is worth the $150 price tag? Do we simply trust in Microsoft when they tell us that it’s the greatest thing to get both your paws on? In this case – YES.

They have not disappointed. Everything from the look, feel and operation of this device is premium.

The weight of the controller alone speaks to you when you first pick it up, telling you that there is some quality workmanship at play here. There is almost a feeling that the controller has surpassed the current limitations placed on it through the video games it allows you to control. I have no doubts that with this controller now being widely adopted in the Xbox community that developers are already looking at new ways they can harness the potential of this controller to maximize on its potential.

Yes, it looks pretty and feels awesome in your hands, but that doesn’t warrant a $150 price tag does it? No, however the functionality, customization options and performance does. I see all too often people complaining about the purchase price for the Elite Controller and I totally understand why. When you see something that you know is awesome, a simply ‘must have’ item, but the price tag puts it out of your reach, frustration sets in which is usually accompanied by the relentless ‘complaints syndrome’. However, I urge you to take a moment, don’t dismiss the Elite Controller because if its price, instead let it compel you to ask a different question – “What makes it so special that is warrants such a hefty price tag?”

Now that you have your thinking cap on, let’s take a look into the answer for that question.

We set out to create a performance-class controller to meet the needs of today’s competitive gamers. Designed in collaboration with pro-level players, the Xbox Elite Wireless Controller unlocks your full potential and adapts to your unique style of play. Experience game-changing accuracy, faster speed, and a tailored feel unlike anything before. – Microsoft

Well that actually sums it up perfectly. When I first got my hands on a Scuff controller for the Xbox 360 it took me at least two weeks to adapt to it and use the various new features and paddles seamlessly. I was extremely impressed, to the point that I now also have a Scuff controller for my Xbox One, as once you adapt to using these style of custom controllers, going back its very hard and feels extremely sluggish. Sadly, I was not impressed with the Scuff for the Xbox One. It wasn’t as easy to use, didn’t fit into my hands comfortably and the paddles are not well placed. The Elite Controller however, has none of these issues. Unlike the first Scuff controller that I picked up, I did not need two weeks to adapt. The next day after using my Elite for the first time, I picked up my standard controller out of habit and began gaming. INSTANTLY I was pressing paddles that weren’t there and felt a huge difference in the responsiveness of the controller. Needless to say I have not picked up my Day One controller since. The difference is identifiable immediately. It’s not a case of a small improvement here or a slightly faster reaction there, this controller is notably superior in every aspect.

Enabling everyone to play however they want/need for whatever game they enjoy. Too many people had complaints of if I could just do this or move this, so I wanted to give them something they could set up the way they wanted vs Microsoft telling you what to use.

That level of customization is paramount when it comes to allowing users to experience their favorite games the way they want, it’s not just about the game being immersive but the also the way you are able to control it. If you feel restricted by the controls, then you will also be restricted by your ability to engage with the game. I believe the Elite Controller bridges that gap.

On that note, we were curious as to what the community feels is the most valuable/favorite feature of the Elite Controller so we asked David:

Favorite feature, this is really tough. I of course have mine but I am AMAZED at how varied the answers are by all end users, it’s hard to say what is the top feature. But to my answer in the above question, that was the point of the controller as a whole, everyone can gravitate to what’s important to them individually.

Even things that people say they don’t like, such as paddles, and they tell me they don’t use them but instead remove them, they think that’s a negative but I see that as a positive. We gave them the choice to play with or without them, so by removing them they are actually customizing. That really is the main point of this controller, customization – personalization. A feeling that you have complete control over how you game as opposed to how you are ‘told’ you should game.

This still doesn’t answer the question you asked though does it? The question of why does it cost so much? Let’s ask David what his feelings on this are:

Price has been a talking point since E3, and I have never said it was not expensive compared to a standard controller, but have never said it was not worth it either. It is easy to put it in someone’s hands for first time and change their minds when they feel the quality but without a sample its always been about what it does to your gaming experience. For me it has never been about the pros or competition only. Our motto has always been “elevate your game”, people take this as making you a more competitive gamer, and in some cases this may be true, but honestly we wanted people to enjoy their gaming experience more than ever in past, so we provide the hardware to do that.

So again, the main point here is giving you that choice, the ability to play how you want and customize your experience. It’s easy to dismiss something if you have not experienced it for yourself, so I highly recommend that if you find yourself in the position where you can even just hold an Elite controller in your hands, take it. The feel of the controller alone is enough to tell you that it’s something special.

Now that we have discussed why we think you should pay mind to the Elite Controller, let’s take a look at the actual overall improvements, as stated by Microsoft, that it has over the standard controller:

Swap between a variety of metal thumbsticks and D-pads for personalized control and ergonomics. Discover configurations that can improve accuracy, speed, and reach with thumbsticks of different shapes and sizes. The Xbox Elite controller adapts to your hand size and play style. You’ll experience better control whether you play FPS, racing, fighting, or other genres. The new, faceted D-pad enables easier and more reliable combo execution, while the traditional D-pad provides precise control to change weapons or call in a strike.

Customize your experience even further with an easy-to-use app. Adjust trigger min/max values, thumbstick sensitivities, button assignments, and more, so the controls are exactly the way you want them. Assign any of 14 inputs to the ABXY buttons, paddles, D-pad, triggers, and thumbstick clicks.

Create as many controller profiles as you like in the app and have tailored settings for any game. Load two profiles on the controller and instantly change between them with the built-in Profile Switch. The possibilities are virtually limitless

Every surface and detail is designed to meet the rigorous demands of competitive gamers.

Rubberized diamond grip gives the controller a more substantial feel while providing more stability. The enhanced grip also allows you to hold the controller with less effort, so you can play longer and more comfortably. The soft-touch finish on the top case provides a luxurious feel and nonslip control.

I chose to run with Microsoft’s description of the controller as it is actually right on point. This really is how the Elite controller feels and functions. There is no fluff here, it actually is that good and that’s the reason this controller keeps selling out as soon as it hits shelves.

So for those of you using an Elite Controller and nodding your head as you read this, keep in mind, this isn’t all they have planned. There is more on the way, more improvements to be made, more hardware to be created, and more customization headed your way.

I want our fans to know we are dedicated to delighting our core and we will continue to strive to make the right hardware to improve the gaming experience.­ – David Prien, Program Manager.