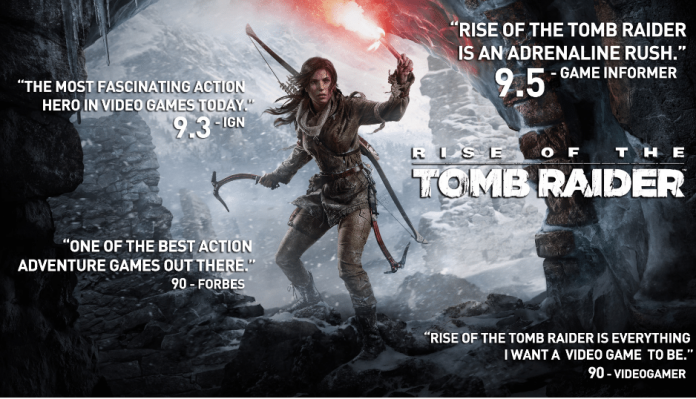 After its very successful launch on Xbox, Rise of the Tomb Raider is getting set to make its mark on Steam with a new page being added announcing a January release date window.

There has previously been a released window of January listed by Amazon who recently changed that to a place holder for March, so we are not entirely certain if January is a certainty with no official word coming out of Square Enix or Crystal Dynamics as of yet.

In the meantime, you can check out the listing for Rise of the Tomb Raider on PC here.

Featuring epic, high-octane action moments set in the most beautiful hostile environments on earth, Rise of the Tomb Raider delivers a cinematic survival action adventure where you will join Lara Croft on her first tomb raiding expedition as she seeks to discover the secret of immortality.