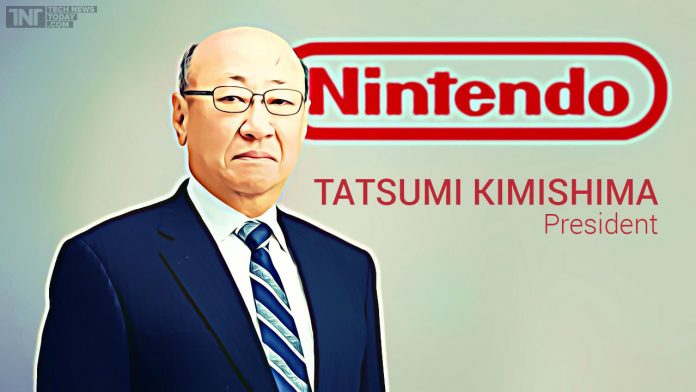 The official Nintendo site has been updated with a message from the current President, Tatsumi Kimishima. The message relays a tone of confidence and progress heading into 2016 with mentions of the NX console, amiibos and the new strategy for using smartphones more strongly as a platform for title releases.

To shareholders and investors:

Since the launch of the Family Computer System (called Nintendo Entertainment System outside Japan) in 1983, Nintendo has been offering the world unique and original entertainment products under the development concept of hardware and software integration. In the field of home entertainment, the video game industry is one of the few industries established in Japan that spread around the world, and Nintendo has established itself as a well-known brand truly representing video game culture throughout the world.

With the belief in our mission to put smiles on people’s faces around the world through products and services, we have followed our basic strategy of expanding the gaming population by offering products that can be enjoyed by everyone regardless of age, gender or gaming experience. We now want to take this mission a step further by increasing the number of people who have access to Nintendo’s intellectual property (Nintendo IP).

We are actively offering Nintendo IP in a variety of different ways so that not only current players of our video games but all consumers – including those who used to play but currently do not and even those who have never played our video games before – will also come in contact with Nintendo IP.

For our dedicated video game platform business, Nintendo is currently developing a gaming platform codenamed “NX” with a brand-new concept and our unique software-led hardware-software integrated business will continue to constitute the core business for Nintendo. For the purpose of maximizing the population that interact with Nintendo IP, we will also enter into the smart device gaming business and aim to generate revenue and profit from it as well as to create synergy with the dedicated video game platform business.

As for other initiatives to use Nintendo IP actively, we launched a new product called amiibo – Nintendo characters that come in figure or card form that work with our video games. They have been well received by many of our consumers. Furthermore, our endeavors will not be limited to video games. We are planning to offer new attractions at theme parks by using Nintendo characters. We will also strive to further increase opportunities for consumers to come in contact with Nintendo characters in their daily lives, such as through visual content and merchandising.

Thus, we are now expanding how we leverage Nintendo IP in various ways beyond our traditional use of them predominantly within the dedicated video game platform business. Furthermore, in our attempt to establish a sustainable and continual relationship with our consumers, we are creating a new membership service called “My Nintendo” and a new account system, which should work as a bridge between our dedicated video game platforms and other devices, or even environments where our consumers can get in touch with Nintendo IP and, thus, will work as a mechanism to maximize the number of people that interact with Nintendo IP.

Nintendo will continue to flexibly transform itself by adapting to changing times while constantly valuing the spirit of originality based on the belief that the “true value of entertainment lies in its uniqueness” – and will continue to provide products and services that people will be surprised and delighted by.

Nintendo intends to make progress with the support and encouragement of its shareholders and investors.

Nintendo have been taking a backseat to the two larger console manufacturers, Sony and Microsoft, for some time now, however it would seem that 2016 will see Nintendo place its mark back on the industry in a bolder and more influential way.

I can’t wait to see what they have planned for us.