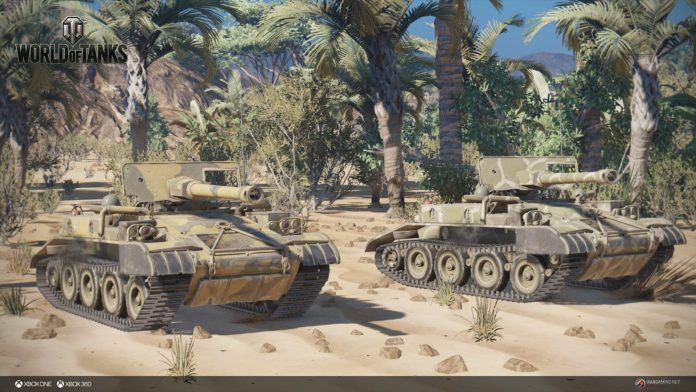 Well, it’s hard to believe it but Christmas is upon us once again. For many of us that means plenty of time to catch up on a few of those games that have been sitting in the ‘to do’ backlog pile.

If World of Tanks is one such game in your library, then be sure to jump online between now and the 29th of December to receive your free Christmas/New Year’s gift of a German Pz.Kpfw. II Ausf. D tank along with its very own garage.

Arty the Elf stopped at nothing to get his greedy hands on the M56 Scorpion, and though he got close, your efforts paid off and his plan was foiled. As a result, Arty’s coveted M56 Scorpion has been added to the Premium Store, but that’s not all! Unbeknownst to us all, Santa was developing a new vehicle to counter the threat of the Scorpion falling into Arty’s hands – the T28 Concept!

The M56 Scorpion and T28 Concept are quite the opposites, however, both feature powerful guns and it’ll be up to you to determine which fits into your playstyle. To go along with the arrival of these two Premium TDs, we’ve got a sale on high-tier tanks, Premium time, Boost Ops and more!

As a special thank-you from Santa, hop in one of your favorite vehicles and play a battle to receive the German Pz.Kpfw. II Ausf. D, a special New Year’s gift tank with its own Garage slot. Happy holidays from all of us at Wargaming!

From the team at EXL Gaming we wish you all a safe and Merry Christmas.