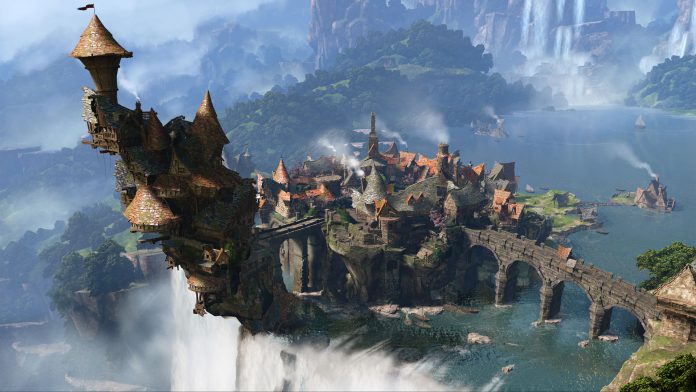 ‘Free to play’ is a new concept for Fable fans to get their heads around, with the upcoming installment ‘Fable Legends’ setting a new precedence in the franchise.

Lionhead Studios have made a bold move to shake things up a bit and give everyone on Windows 10 and Xbox One the ability to access and play the mystical world that is Fable for free.

There has been a strong focus placed on ensuring that everyone that downloads Fable Legends will have the ability to play the entire game without having to drop a dime to progress if they so wish. So why is the inclusion of microtransactions (micros) causing a stir?

Regardless of whether the game is under a strict NDA or not, the proposed mircos structure for the game has been plastered on social media. Lionhead doesn’t seem phased though and have not acted to have the information removed. Instead they are urging those who are getting their feathers ruffled by it to actually take a look at how the free to play model has been designed to reassure them that the purchase of these micros is purely an additional option that gamers will have the ability to access.

Ironically, if you check the Twitter account for Lionhead you can see quite clearly that many people just click their way through the NDA acceptance process without bothering to read what they are actually agreeing to. Personally I always gathered that the foundation of a non-disclosure agreement is that you are ‘agreeing’ to ‘not’ ‘disclose’ anything, so even if you don’t take the time to read the fine print, at least that much should be understood right?

The pricing structure that has been revealed for the currently proposed micros system is:

The free to play business model for Fable Legends is very clear when it comes to breaking down why there has been an inclusion of micros along with why there is no necessity for you to purchase them to progress in the game whilst still getting the same enjoyment out of it that someone who may sink a few coins into the bucket could also get. Anything that “affects gameplay” can be earned by playing the game. You can take a closer look at the free to play business model here.

You’ll be able to play Fable Legends from beginning-to-end without spending a penny. That means you’ll have access to the entirety of Fable Legends’ storyline and all of the quests we release this year and forever.

Everything in Fable Legends that affects gameplay can be earned by simply playing the game.

Our goal is to have a happy community of players. We’ll be updating the game with exciting new quests to play through, Heroes to play as, Villain creatures to control, and lots more.

Are micros now not becoming the ‘norm’ in the gaming industry? Should we still be getting shocked when we see them included in a game – especially a free to play game?

I believe that when a game is designed in such a way that you can still acquire or achieve all you need to complete the game without the purchase of micros, that their presence is completely acceptable and frankly not worth batting an eye lid over.

On many occasions I have specifically purchased micros to support the team that developed a particular game because I was getting so much enjoyment out of it, and that is not just free to play games but those that I have paid nearly $100 for. GTA V is one such game, where the continued support and free DLC is of such a high caliber, and brings me so much enjoyment, that I am more than happy to buy a shark card here and there to put something back into the game that has offered me endless hours of enjoyment. Do I get any in-game advantage? No, but I certainly do get a lot of enjoyment out of it.

To micro or not to micro? That is the question – but one for you individually. That’s pretty much the most key point here is that you have the option/choice, and more options are always a welcomed addition in my books.

We want to make sure our approach to free to play gives everyone the freedom to enjoy the game to its full extent, and that’s exactly how we’ll continue to develop the game after launch.

You’ll no doubt have a lot of questions, so we’ve provided an FAQ which should have you covered.

If you have more questions that aren’t covered below, then ask us by heading to our brand new Ask The Devs page, and join us on our forums to discuss!