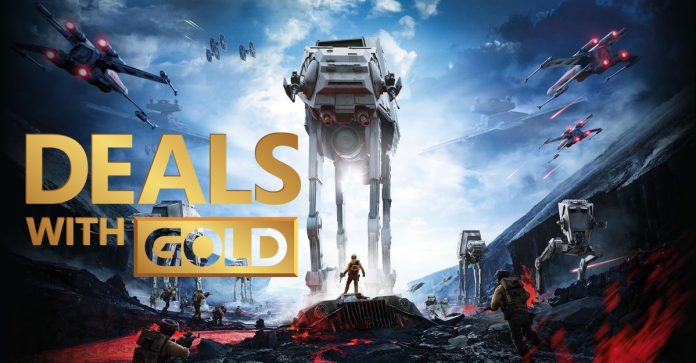 Hey there gamers, it’s a new week and that means an all new set of Xbox Live Deals with Gold and Spotlight sale titles for the week of December 15th. This week’s deals focus on a few core franchises from EA such as Dragon Age: Inquisition and the newly released Star Wars Battlefront.

This week’s Xbox Live Deals with Gold and Spotlight Sale EXL feature game is Star Wars Battlefront which has the Standard, and Deluxe Editions at 33% off and the Ultimate Edition of the game for 25% off.

Feeling the ominous thud of an AT-AT stomping down on the frozen tundra of Hoth. Rebel forces firing blasters as Imperial speeder bikes zip through the lush forests of Endor. Intense dogfights between squadrons of X-wings and TIE fighters filling the skies. Immerse yourself in the epic STAR WARS™ battles you’ve always dreamed of and create new heroic moments of your own in STAR WARS™ Battlefront.

Discounts are valid now through December 21st 2015 and as always, please keep in mind the listed prices are subject to change and may vary depending on your location.

*These Deals with Gold offers are valid for Xbox Live members with EA Access.