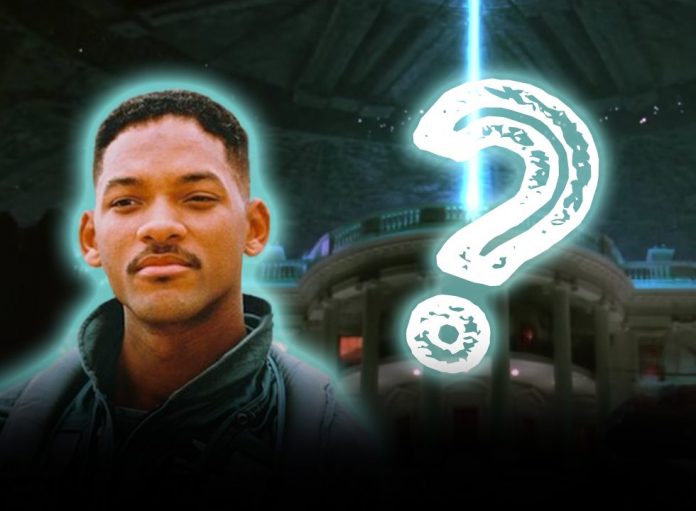 The 1990s were great. We had things like the Nintendo 64 and the Tamagotchi. We also had Will Smith punching aliens in the face and yelling “Welcome to Earth!” They were good, good times.

With the release of the new trailer for Independence day: Resurgence, the sequel to the original Independence Day film (released in 1996), many were left wondering: “Where is Will Smith’s Colonel Steven Hiller?” On the film’s website WarOf1996.com, we’re given an answer.

It seems that Smith character met an untimely end helping to develop the fancy new fighter planes we see in the new trailer. The website’s interactive timeline notes an important date in 2007 – April 27th. It is on this day that Colonel Hiller was killed in an accident while testing the first alien-hybrid fighter. The website even includes an image of the “accident.” The website’s official description reads: “While test piloting the ESD’s first alien hybrid fighter, an unknown malfunction causes the untimely death of Col. Hiller. Hiller’s valor in the War of ‘96 made him a beloved global icon whose selfless assault against the alien mothership lead directly to the enemy’s defeat. He is survived by his wife Jasmine and son Dylan.” We do know Jasmine and Dylan are characters in the new film, with Vivica A. Fox reprising her role as Jasmine, while Jessie Usher plays Dylan.  It’s been said Will Smith was not able to take on the role for Resurgence due to scheduling conflicts.

Will Independence Day: Resurgence be the same without Colonel Hiller? Let us know in the comments.