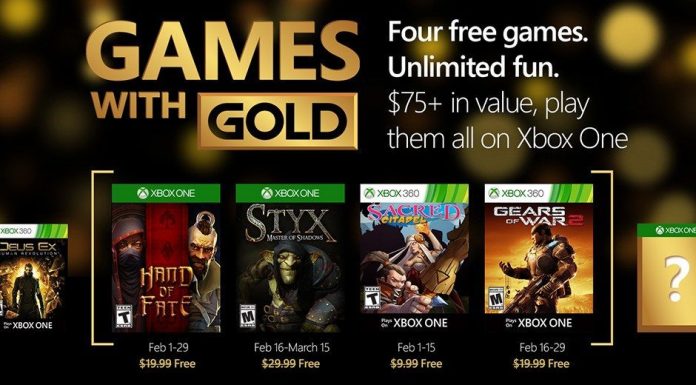 First up on Xbox One Gold members can download Hand of Fate ($19.99 ERP) for free during the month of February. Starting on February 16th Styx: Master of Shadows will be available as a free download and will be available through March 15th.

Over on the Xbox 360, beginning on Monday February 1st Gold members can grab Sacred Citadel ($9.99 ERP) which will be available through February 15th. Sacred Citadel will then be replaced by Gears of War 2 on February 16th ($19.99 ERP) and will remain free to download until February 29th.

Be sure to download January’s Free Games with Gold before they are gone and remember all titles available for Xbox 360 GWG are available as backward compatible titles on the Xbox One.