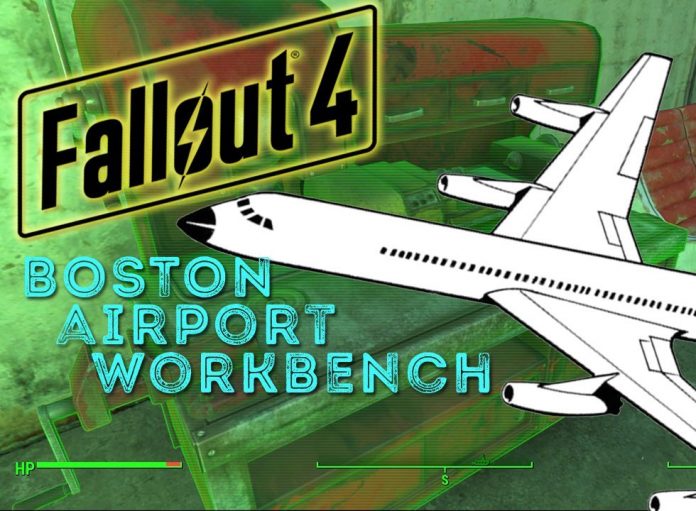 There are plenty of settlement locations in Fallout 4. Some – like Sanctuary Hills or Spectacle Island – are great. Others, not so much.

If you’re unable to view the video, here’s what you need to know:

The easiest way to find the workbench is by starting at the East Boston Preparatory School and following the road south. The road leads to the Airport, but to the right of a large bus, there is a part of the damaged terminal visible. In the damaged terminal, there are several benches for pre-war flyers to rest their legs. At the back of the terminal wall, you’ll find the workbench.

Although the Boston Airport is initially occupied by The Brotherhood of Steel, you can work on the settlement there with little problem. It is one of the few locations with a flat building surface and minimum obstructions. However, there are major trade-offs with using the Boston Airport as a settlement:

So why even bother? The settlement area at Boston Airport is used as part of a couple quests for The Brotherhood of Steel, and well – it’s a challenge!

There’s also the possibility we will see it become more useful in the future with downloadable content. If we see potting plots added to workshop mode (like those used by the robots at Greygarden for vegetables), it would solve the food problem. Bethesda does seem intent on improving the player’s settlement experiences in Fallout 4 with the recent announcement that the next update will change wires so they no longer use copper, so it’s quite possible Boston Airport may yet prove a useful endeavor.