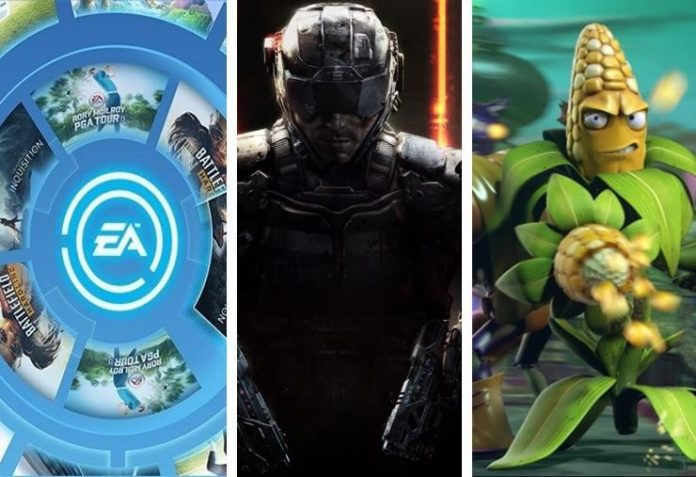 This weekend, and moving into early next week, there are several games and/or in-game events occurring that you can take advantage of for free.

These will require you to have either a PlayStation Plus membership or an Xbox Live Gold membership, however if you have either or both of those you have a bucket load of gaming available to you for free.

The Plants vs Zombies Open Beta

The beta for Plants vs. Zombies: Garden Warfare 2 is available to download now for gamers on PlayStation 4 and Xbox One.

The beta will run through until January 18th, and to download simply follow the link for your respective console below. Crypotkeys can be slow to accumulate, especially if you are having an ‘off’ couple of days, so this is a great opportunity to take advantage of the double Cryptokey weekend while it lasts.

Cryptokeys can be redeemed via the Black Market which is only available on the Xbox One, PlayStation 4 and PC.

Also note that Treyarch is upping the score limit in TDM to 100 for this weekend.

Free Games to download on Xbox One – Games with Gold

First up on Xbox One you will be able to download Killer Instinct: Season 1 Ultra Edition ($39.99 ERP) for free for the entire month of January. Including all 8 fighters from Season 1, 16 premium accessory packs and Killer Instinct Classic from 1994.

Up next is Zheros which will be available now through till February 15th.

Beginning today you can grab Deus Ex: Human Revolution ($14.99) for free and it will be available through January 31st.

The two free games on PlayStation 4 in January 2016 are Grim Fandango Remastered and Hardware Rivals and are available to download now.

Between January 19th – 24th you can play the 14 games in the EA Access Vault for free – no membership required, just an Xbox Live Gold Membership.

Some of the top games currently available are:

Not only is this a great way to try out the service before you subscribe, but it also gives you a chance to play some of the games that you may have previously been on the fence about.

You will have no obligation to sign up to the service once this trial period runs out, but naturally they will ask you if you want to.

Why EA Access? It gives you access to play all the games in The Vault, which is continually being added to, along with a 10% discount on all EA digital purchases on Xbox One, and the option to play new EA games before they are released. You can find more information on the service here.

Well there you have it, multiple games on Xbox and PlayStation that you can access for free with your memberships. Happy Gaming.