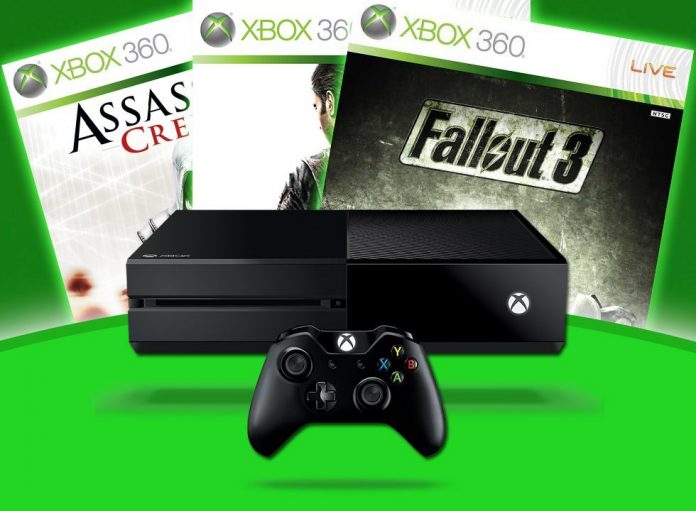 Gamers worldwide exploded in excitement when Microsoft announced many of their favorite games on the Xbox 360 would soon be coming to Xbox One.

Progress has been a little slow, but Microsoft is living up to their end of the bargain. They’ve made dozens of 360 games available to players on the next-gen console. Making games backwards-compatible is somewhat of a difficult and delicate process, but not for the reasons you’d think. In addition to the technical aspect, publishers must allow the game to be released as backwards compatible. There are many reasons not to do this, such as the cost involved, or if the publisher is planning a remastered version of the game. Either way, here’s a quick walkthrough to get you playing some of the backwards-compatible titles currently available on Xbox One:

If you’re unable to view the video, there are two ways to play your backwards-compatible Xbox 360 games on the Xbox One: Digital and Disc.

This is the easiest and most user-friendly of the two versions. Thankfully, because our digital purchases are tied to our Gamertags, Microsoft automatically queues up the game in your “Ready to Install” section of your Games and Apps. To find this, simply go to Games and Apps, the sub-tab “Games,” and scroll to the right. You’ll see all your digital games available for download there, and it’ll be clear which are from the Xbox 360. If you are looking for a 360 game and it does not appear on this list, you either already have it installed, or it is not on the list of current backwards-compatible Xbox 360 games.

Next, select the game you want to install. The game will then be downloaded to your Xbox One console and subsequently installed. Make sure you have enough room on your hard drive for the game (you can do this by selecting “See in Xbox Store,” which reveals additional details about the game, including its size). For this example, I chose the freebie The Witcher 2: Assassins of Kings:

After a few minutes (depending on your Internet connection), your game will be available to play on your Xbox One console. It will show up under you regular “Games and Apps” section, in the “Games” sub-tab. Because it is the digital version of the game, and direct from the Xbox Live store, you should not have to download an additional updates (but in a rare case, this may occur). Next, simply open the game as you would any other and enjoy!

Many of us still have plenty of physical discs, acquired during years of playing on the Xbox 360. Thankfully, they are your free ticket to playing the game on the Xbox One, provided it is backwards compatible. To play a backwards-compatible game with a physical disc, insert the disc into the Xbox One console. This should prompt a download and installation of the game from the Xbox Store. It may also prompt you to download an update for that game, as evidenced here when I inserted my venerable Fallout 3 disc.

Once the game is downloaded and installed, you will need to keep the disc in the console to play the game (as you would for any physical copy of a game on Xbox One). You’ll still find the game in the “Games and Apps” section, under the “Games” sub-tab. If you insert the disc and are greeted by the following message, sadly the game you want to play (in my case, Brothers in Arms: Hells Highway) is not yet backwards-compatible.

It is important to note that neither of these processes guarantees you’ll be able to access your save game data from the Xbox 360 console on the Xbox One.

To do this, check out Microsoft’s FAQ’s regarding saving games in the Cloud.