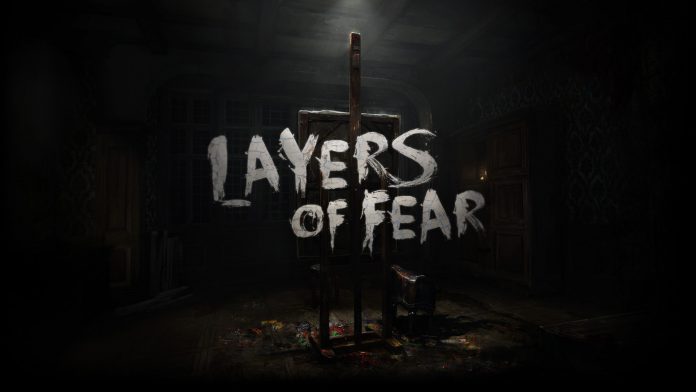 Pyschadelic horror game Layers of Fear is now available for Xbox One under the Game Preview program.

The game, published by Aspyr and developed by Bloober Team, Layers of Fear is described as “…a horror game with a heavy focus on story and exploration. Players take control of a painter whose sole purpose is to finish his Magnum Opus. The player must navigate through both a constantly changing Victorian-era mansion and ghastly visions of the painter’s fragile and crumbling psyche. Along the way players will find bits and pieces of information that will allow the player to understand the dark and tragic past of the painter.”

While snowed in at my home (The Shining-style) this weekend, I spent some time with the game on Xbox One, and it was a unique experience. Check out some gameplay and my impressions below:

If you’re unable to view the video, here’s a summary of my experience:

Layers of Fear is unlike most video games on the market today. Games like Call of Duty or even Fallout 4, while in a totally different genre, are pretty representative of the general direction of popular video games: fast paced and action oriented. It’s not to say Layers of Fear lacks action or is boring (it’s not), but it embraces the fact that it is itself a mystery exploration game as much as it is a horror game. Players need to move slow and deliberately, making sure not to overlook any details.

There is no narrator in Layers of Fear, which makes detailed exploration even more important.  While playing, I found myself opening every cabinet, closet, and door – half of me hoping I’d find another nugget of wisdom to help me understand the tortured painter, and the other half of me hoping I wasn’t about to find something terrible.

Bloober Team’s choice to construct Layers of Fear without a narrator also puts the player in a heightened state of awareness. Your brain is struggling to make sense of everything around it, and without that familiar guiding hand, you’re looking and listening intensely at every detail. This choice has a great impact on the game. You’re searching, almost fanatically, for the next clue, and when something scary occurs, it’s terrifying. A few people may poke fun at some of the clues in the game (like a water bill, for example), but it’s important to understand that nothing in Layers of Fear is there by chance. It all serves a purpose, whether it’s to reveal more about the painter, or illustrate how out of touch with reality he is.

The graphics in Layers of Fear are pretty phenomenal. The game runs on the Unity engine and the environments look spectacular. The lighting looks great – I know this, because I made sure I turned on every light in the game (out of fear of the dark).

The sound design in Layers of Fear, is great. The sounds of weather in the game chill you to the bone, the ambient noises bring the locations to life, and the horror noises put you in a panic. It’s great to see a developer of a game understand the impact sound design can have on a title, especially one in the horror genre. The developers must be particularly proud of this aspect of the game, since they recommend headphones while playing.

Staples of the horror genre are present in Layers of Fear (like jump scares), but Bloober Team really makes an effort to up the ante, by weaving in subtle psychological thrills. You may enter a room and exit through the same door, but when you leave, you’ll find yourself in a new area. The purpose is twofold: to explore new areas, and to demonstrate the painter’s deranged mental state. It also keeps you from getting comfortable in the game. This creates the illusion that nowhere is safe, and nothing is what it seems. I even found my eyes playing tricks on me.

Playing Layers of Fear was an intense experience. I only played the trial version of the game, which is available for free from the Xbox Live store, but I think it convinced me to purchase the full game. I don’t often play horror games, but I liked the Victorian-era setting, and the story thus far. I wish Bloober Team let me play the game a little longer, but it certainly piqued my interest.

One of the things I disliked about Layers of Fear was the constant swaying of the camera in the game. I’m not sure if this was deliberate (the painter is clearly a heavy drinker), but it was disorienting. I did bump into a couple technical issues the game worth mentioning: I had issues starting the game several times, and it would fail to open. There were also occasional instances where the frame-rate stuttered, pulling me out of the immersive experience. It is important to understand that the version of the game I played was the preview version, and not the final product.

Layers of Fear is currently available on the Xbox One Game Preview Program and Steam Early Access. The complete retail version of Layers of Fear will be available worldwide on major desktop and console platforms (including Playstation 4) on February 16, 2016.