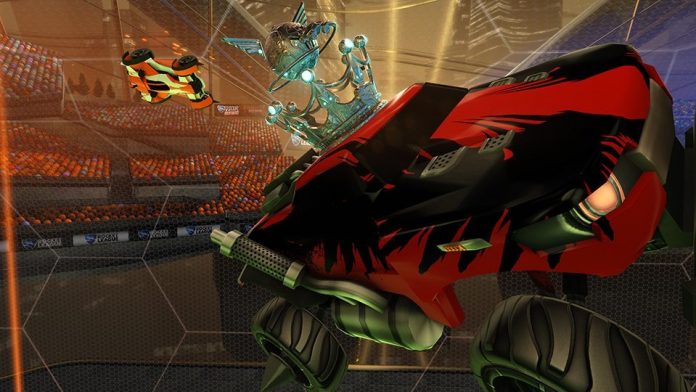 Psyonix have announced details of the first update in 2016 for Rocket League. Along with closing the existing competitive season, new uncommon item drops will also be added. At the stage there is no set date that has been announced but the update is due for some time in February.

The uncommon item drops will come along with a “Item Qualities” system, which is:

In the upcoming February patch, we are introducing a brand new item quality: Uncommon (Light Blue)! This new item class will be found, well, uncommonly after completing online-only matches and will feature all-new Toppers and Antennas to deck out your Battle-Car!

One interesting thing to note is that the new “Uncommon Item’s” drop-rate won’t have a fixed percentage like the seasonal items do. Instead, your chances of getting an “Uncommon Item” increases the longer you play the game. After earning an Uncommon Item, the time then resets and you start all over again in your quest to get another one. This should give players who spend a lot of time playing some sweet new loot to accompany them along the way.

As usual, we’ll keep you updated on more of our feature additions and other topics regularly through our Facebook and Twitter pages. Check back next Friday (January 22) when we’ll be posting LOTS of details about Competitive Play changes for Season 2! See you then!