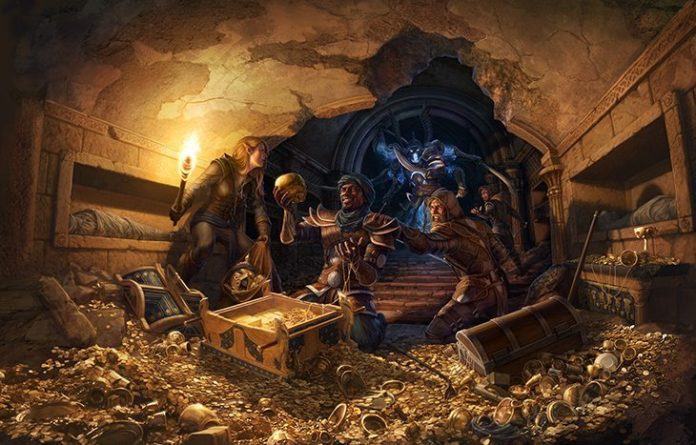 If your New Year’s Resolution for 2016 was to pick more pockets, you’re in luck.

According to a press release on the Bethesda blog, in the new DLC the “Thieves Guild of Abah’s Landing, an organization of pickpockets, burglars, robbers, and thieves, is being hunted by a mercenary guard force known as the Iron Wheel. This relentless organization will stop at nothing to see the guild brought to justice for a high-stakes heist that went horribly wrong. As their newest recruit, you’ll sneak along rooftops, steal from the shadows, and recover lost treasures to help to restore the guild’s reputation.”

In line with Bethesda’s previous updates, Thieves Guild will come in two parts – the DLC game pack, and the base game patch. Here’s what players can expect from the new game pack:

Bethesda also released details for the upcoming base game patch:

To celebrate the announcement of the DLC, Bethesda released a trailer for “Thieves Guild.” Check it out below:

Unfortunately, no official release date has been set for the DLC. We will keep you posted when that information is made public. Until then, “Play dirty, and get away clean.”

For advertising or business inquiries, contact us: info[email protected]