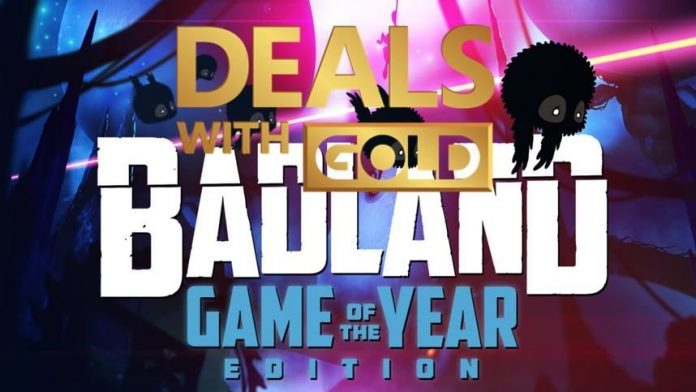 As we kick off week two of 2016, Xbox kicks off round two of their Deals with Gold for the Year.

There are a lot of great games to choose from here, so if by some chance you still have room on your hard drive after the onslaught of sales we have just had in December, then you can pick yourself up some more great deals.

The EXL pick of the week is defiantly BADLAND: Game of the Year Edition, at a reduction of 67%.

Fly and survive through the Game-of-the-Year- winning world of BADLAND and discover an astonishing number of imaginative traps, puzzles and obstacles on the way.

BADLAND is a multi-award-winning side-scrolling action adventure with innovative physics-based gameplay and stunning atmospheric graphics and audio. BADLAND: Game of the Year Edition has been redesigned for the Xbox One with new analog stick controls and gorgeous Full-HD visuals.

The GOTY edition also offers loads of local multiplayer fun: up to four players can compete against each other on 27 different deathmatch stages or work together to survive through all 100 levels of the co-op campaign.

As Major Nelson always says: Please note prices and availability are subject to change and may vary by region.