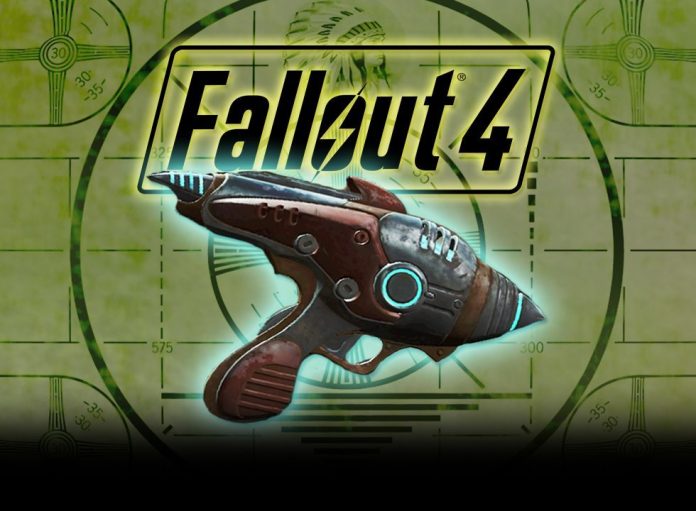 Mankind is not alone in the Fallout universe. We’ve known this for awhile, even before Fallout 3’s downloadable content Mothership Zeta.

It should come as little surprise, then that there is an alien weapon in Fallout 4. It can be a little difficult to find (there’s only one in the game), so here’s a quick guide to locating the unique weapon:

Thankfully, the alien has a significant supply of ammunition for his gun. If you run out – don’t worry, the weapon can be modded, just like other Fallout 4  guns. The ammo mod changes the ammunition type to fusion cell (at the expense of damage) and changes the magazine capacity from 42 to 63 (although the description incorrectly says it actually lowers magazine capacity). Damage on the weapon is middling at best (50 damage without any perks), but it’s a fun gun to add to your arsenal – especially if you’re still a low-level explorer.