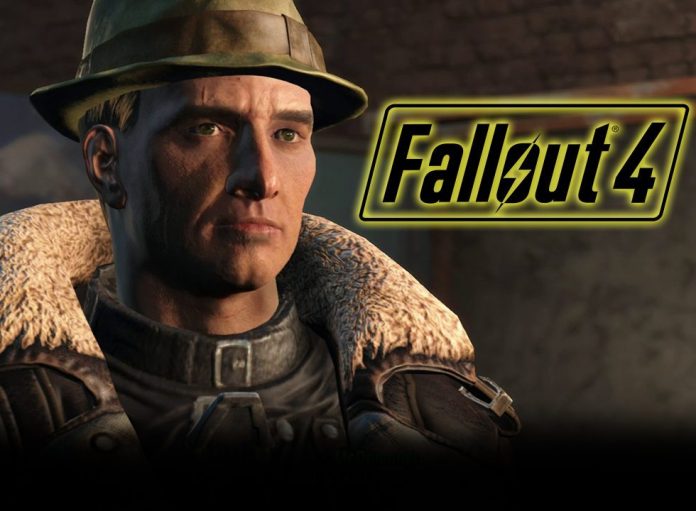 Players have no shortage of options when it comes to clothing in Fallout 4, but one of them stands out from the rest: Maxson’s Battlecoat.

Arthur Maxson is leader of the East Coast Brotherhood of Steel, and a descendant of the legendary Roger Maxson, founder of the Brotherhood of Steel. Incidentally, he also has great taste in clothing. Maxson’s Battlecoat has some of the best stats in the game, as long as you’re able to modify clothing through The Railroad’s Ballistic Weave skill. Maxson’s Battlecoat has a base damage resistance of 50, but when maxed with Ballistic Weave, its damage resistance jumps to 160 physical and 110 energy. While the coat can’t be worn underneath additional armor pieces, fully upgraded it offers better protection than a full suit of heavy combat armor and weighs less (20). It also boosts your Perception stat by 1.

Unfortunately, getting Maxson’s Battlecoat is no easy feat, and there’s no way to do it without getting his blood on it. That said, if you’re still set on obtaining it, here’s how (spoilers):

If you’re unable to view the video, here’s what you need to know. There are three ways to obtain Maxon’s Battlecoat:

For the first option, the player can simply kill Maxson aboard The Prydwen at any point after meeting him. This should be done quickly, however, as Maxson becomes flagged as essential by the game (meaning he can’t die) if the player joins the Brotherhood of Steel and begins the final mission with them.

For the second method, join The Institute and complete the final mission Airship Down. In the battle to destroy The Prydwen, Maxson will appear late in the battle on a Vertibird. Destroy the Vertibird. Maxson will then fight on the ground. Killing Maxson gives the player the opportunity to loot the coat from his body, along with his power armor (with the unique Elder paint job) and his gatling laser “Final Judgment.” Save your game before beginning Airship Down – if Liberty Prime has begun its attack on the airship, there is a limited amount of time to kill Maxson and loot his corpse before the you are teleported away by The Institute. It is possible for Maxson’s corpse (and Final Judgment) to glitch under the wreckage of the Prydwen, making it impossible to retrieve if you don’t grab it before you’re teleported away.

The third method is by siding with the Railroad. After progressing through their quest line, during Rockets’ Red Glare mission, after planting the bombs and when exiting the Prydwen, Elder Maxson will be in the Command Deck. Maxson can then be killed for his battlecoat and Final Judgment.

It may seem a little petty to kill a character for his clothing, but most of the storylines involve the player attacking the Brotherhood of Steel, anyway. If you’re siding with the Brotherhood of Steel, your best bet is the Armored Courser Uniform. Its 140 physical damage resistance and 125 energy damage resistance are second only to Maxson’s Battlecoat, plus there’s a lot of them to be found in Fallout 4 (Kill coursers or purchase at The Institute). Just be sure to stick with The Railroad long enough to unlock the Ballistic Weave skill. If you want nothing to do with The Railroad, you can always stick with the terrifyingly awesome shark power armor.