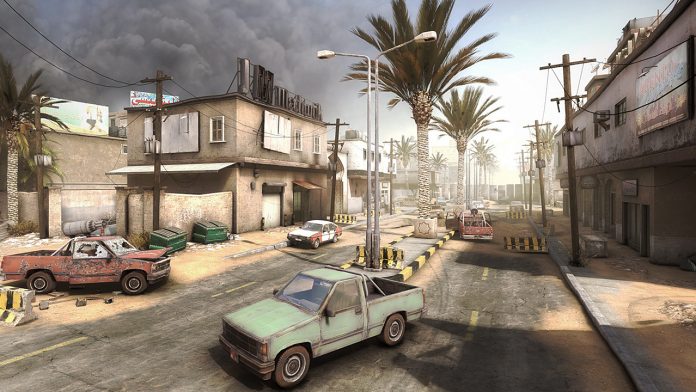 Shooters are my genre of choice, no matter what game gets me addicted (Fallout 4 of late) I always return to a good old fashion shooter to get that buzz only an adrenaline rushed tactical assault can give.

Given that it’s well known how much love I have for FPS games I was asked to review Insurgency, whilst the game has been out for a while now it managed to escape my radar, so naturally I jumped straight on the opportunity. I should point out though, all shooters that I have previously played have been on a console, so moving over to the PC for this experience was going to be a challenge in itself.

I tried to go into Insurgency as blind as I could so I didn’t have any pre-conceived conceptions of what I should expect, and I am glad that I did.

From the moment the game fired up I was extremely impressed at the art work and the quality of the graphics. The soundtrack fitted the gritty feeling of the game perfectly which added to the experience.

The level designs are well thought out, providing you with the ability to either move tactically with your team, or find one of the various dark corners of the map to sneak in those annoying (satisfying?) camping sniper kills.

You aren’t treated to the comforts that we have come to expect in a modern day shooter either. No mini maps to tell you where the bad guys are, no ammo counter, no kill cam to show you where you were shot from, nothing to aid you outside of your own self awareness of what is going on and where your team tells you they are. If you don’t communicate then you run the risk of being left isolated and killed.

There is a real sense of achievement that can be gained in Insurgency from knowing that you did it all by yourself without relying on in-game reminders to reload and glowing red dots telling you where every Tom, Dick and Harry is hiding.

Your custom load-outs are something you also have to earn by accumulating supply points during the course of each battle. There are so many options and ways to customize your experience once you start unlocking everything that it can actually be a little overwhelming to being with.

Earning the points you need to upgrade your kit is at its most lucrative when you work as a team. The better your team does the better your rewards are. Running off like a rogue one man army all ‘Call of Duty’ style, will not see you progress anywhere near as quickly as if you remain with your team and work as a unit to achieve a goal. If you focus on the objective and collectively work together you will be victorious.

The in-game voice chat is also rather impressive. Quite often with other games I have played on the PC I have noticed that there was no real attention to detail in ensuring that you don’t send out echos or miss important in-game calls. Insurgency seems to have placed a real importance on this and from what I have experienced I would say that they have nailed it.

Whilst I did find that the overall game play is a lot slower than I expected it to be, there is a good reason for this. With everything that is going on and the degree of attention you need to be paying to your team, your ammo supply, and trudging towards the objective, you wouldn’t want it to be any faster. Amazingly you still end up with an extremely intense experience.

The servers, two years later, were surprisingly still buzzing with activity. I say surprisingly because did I mention this is an indie game? An indie game that has not only nailed a realistic feeling in the weaponry, aiming down sights movement, all mixed in with some pretty awesome graphics, but has been able to take off the gloves and make you fend for yourself for a change.

I walked into Insurgency to play a few hours to be able to provide a review, I ended up walking out (barely) with a new favorite shooter that I will continue to return to on a regular basis.

If you are used to having your hand held for you – this is not the game for you.

If you have shares in a camping accessory retailer – this is not the game for you.

If you love to work as a team, want a real challenge and are not afraid to give something different a try – then this is one game I demand you run out and start downloading now.

Leave your high heals and mini maps at the door, Insurgency means business!