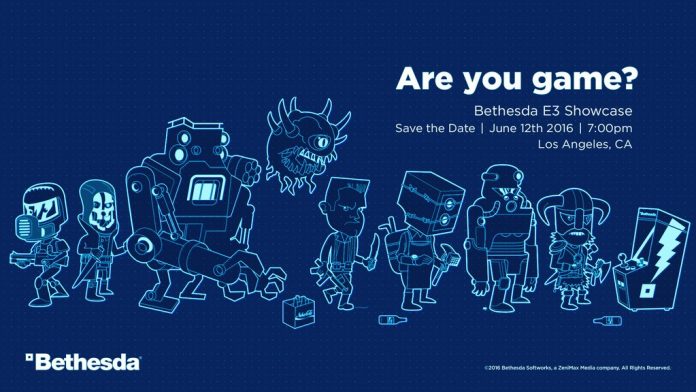 Bethesda has announced via Twitter that they will be hosting an E3 2016 showcase, scheduled for 7PM PST on Sunday June 12 before E3 kicks off.  At E3 2015 Bethesda took the stage to announce Fallout 4, companion app Fallout shelter, DLC plans for Fallout 4 and also debuted trailers for DOOM and Dishonored.

Last years press conference created great press and buzz for Bethesda Softworks and in many ways set the tone for the week to follow at E3, so hopefully they can once again steal the show and captivate fans!