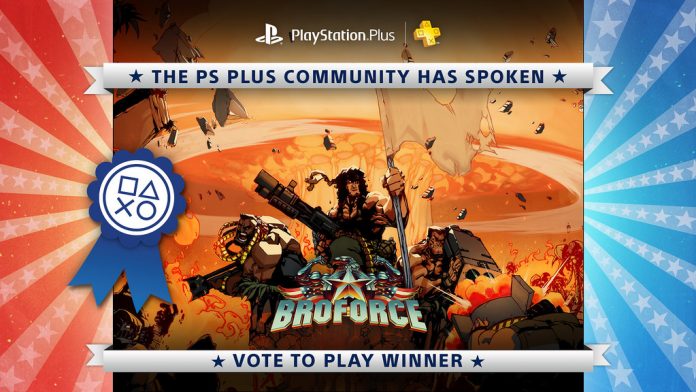 The PlayStation Plus “Vote to Play” polls are now closed, the tally is in, and Sony has confirmed that Broforce is the winning title that will be included in next months free PlayStation Plus games lineup. The free titles for March 2016 PlayStation Plus lineup have yet to be announced but Sony should be announcing which titles will be joining Broforce shortly.