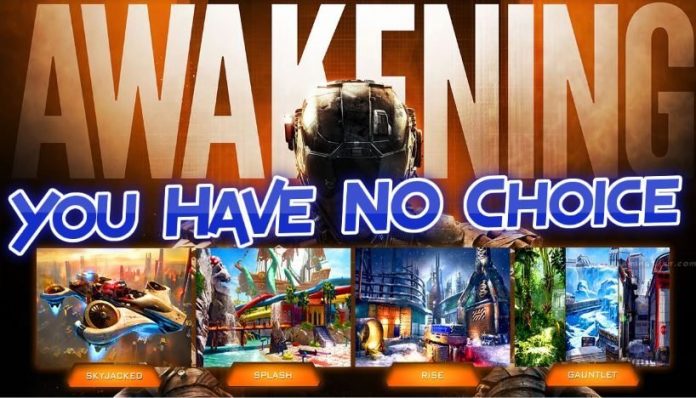 Activision recently announced a new system that has since been put in place for the way you access DLC map packs in Call of Duty. The first of these being for Call of Duty: Black Ops 3 ‘Awakening’, which landed on the PlayStation 4 this February 2nd.

This process means that instead of having to wait for the DLC to show up in the in-game store and you then having to wait for that DLC to install before you can play the new content, you now receive an update to the game the day before the DLC goes live which contains the DLC map pack within it. Once the clock ticks over for release of the DLC you simply click ‘activate’ on the map pack and you can start playing right away.

This is a great idea for those who are definitely getting either the Season Pass or planning on buying the map packs individually, as pre-installation of DLC is something we have been requesting for quite some time.

However, what if that’s not you? What if you had no intention of purchasing the DLC packs and were happy with just the base game? You no longer have the option to choose if that content is downloaded to your console as you MUST have the update that the DLC is bundled with in order to continuing playing online.

Here’s why I’m not overly impressed with this business model:

(For a written version please see below)

Not that big a deal really is it? Well, yes and no. If you have a data cap then this is quite a big deal to you, particularly if you have to be frugal with your consumption rate, or if your storage is close to full and you don’t have room for the map pack along with the update then you will have to remove a game in order to make space for DLC that you’re not even going to play.

All that aside though, if we can get past having the DLC force installed with the update, or even if we in fact have no issue with it all, that brings us to ask the question of why?

Why have Activision taken this path as opposed to allowing you to simply pre-install the DLC from the game store? Would it not make more sense to allow those who want to pre-install it do so, leaving those who have no interest in the DLC at all to not be put into a position where they are forced into downloading it with the patch update?

Well yes that would make more sense but it certainly is nowhere near as profitable.

All who currently play Call of Duty: Black Ops 3 online via the PlayStation 4 now have the DLC map pack ‘Awakening’ installed on their hard drive. They see their friends playing it, they see the option sitting in the mode selections, and they get a constant reminder that it is available every time they load the game via the daily message.

Now all of a sudden it’s no longer a case of having to wait sometimes up to several hours if you have slow or patchy download speeds for the DLC to install plus the $14.99 price tag, it’s now just the cost of the DLC standing in the way of you instantly joining your friends who are already enjoying the new DLC.

I see this as extremely convenient, whilst at the same time being a severe case of not only clever marketing but also removing all excuses but the price tag when your friends are pressuring you to purchase the DLC so you can continue gaming with them.

As we know, a very large portion of the FPS community are teenagers and in some cases younger, who are the most susceptible to this kind of marketing system.

This is a large reason why microtransactions have become so prominent in gaming, as the ease of purchase is but only a couple of button presses away.

When you remove all obstacles to access things such as DLC and leave only a very quick purchase process to complete, then you make your product much more attractive. Not many gamers will initiate an installation that may take hours to complete while they are gaming with their friends, knowing that by the time it has installed their friends will no longer be on, however many more will pay a small fee to be able to play it instantly.

This new process does exactly that, it removes all barriers to accessing that content instantly, bar your credit card or PayPal account.

Is there anything wrong with this? Essentially no, it’s very clever marketing that at the end of the day the final decision comes down to the individual who is making the purchase.

Is this promoting purchase through peer pressure or desire to be able to continue playing with your friends who have content you don’t? It most certainly is.

For most of us this isn’t even a consideration as generally a large portion of the Call of Duty community purchase at least a map pack or two if not the entire Season Pass, for those who don’t though this does take away their right to choose what is and is not installed on their hard drive if they wish to remain gaming online, and puts those who are susceptible to peer pressure and impulse buying in a position where they will most likely end up making that purchase.

You decide, is forced DLC ok with you?

If this starts to become the norm (as this isn’t the first time they have done this, take a look at Destiny for example) across all online games that have a DLC component, will it bother you if 5–20GB (depending on how many games you own and the size of each DLC) per month is added to your storage simply to be able to have the option to purchase and play instantly?

Not too mention that as far as we can tell you can’t delete the map pack from your console as it appears as a part of the game, not a separate add-on until you make the purchase, so you are stuck with roughly anywhere between 6-7GB on your hard drive that you can’t remove, which over the lifespan of Black Ops 3 will add up to approximately 26GB.

I can only imagine how much that will blow out too if this is a trial run by Activision to see how well this process is received.

I can see this becoming an issue in the future. Whilst it’s a convenience that I will enjoy when I go to activate the DLC maps once they hit the Xbox One, I would just have as happily pre-downloaded the DLC at my convenience from the in-game store instead of having it automatically installed due to it being locked into a necessary patch update.

Clever marketing system, peer pressure enabling, and revenue generating. Not really the direction I would like to see DLC head in.