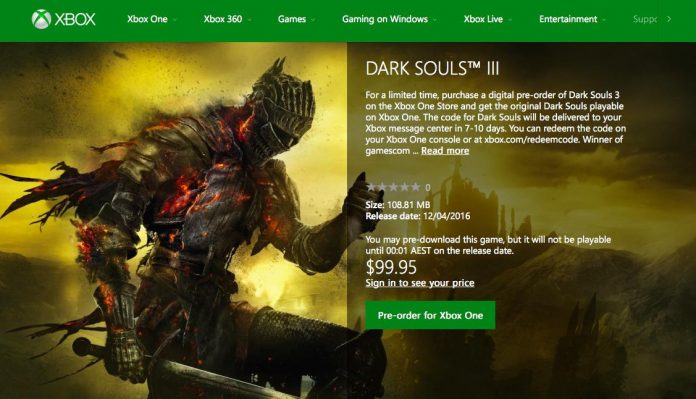 According to the Australian Xbox Marketplace, where we are already in the future, for a limited time if you pre-order Dark Souls 3 for the Xbox One via the marketplace you will get the original Dark Souls to play via backwards compatibility on the Xbox One also.

The code for Dark Souls will be sent to you 7-10 days after securing your pre-order so you could be playing the original Dark Souls on your Xbox One as early as February 22nd.

This is also a clear indication that eventually the original Dark Souls will be available to all who own the game to play it via backwards compatibility.

Just how long this ‘limited time’ is for we do not know, so I wouldn’t deliberate too long if this is something that really appeals to you.

Failing that though, if you choose not the go through with a pre-order of Dark Souls 3, at least you know you will be playing the original on your Xbox One in the near future.