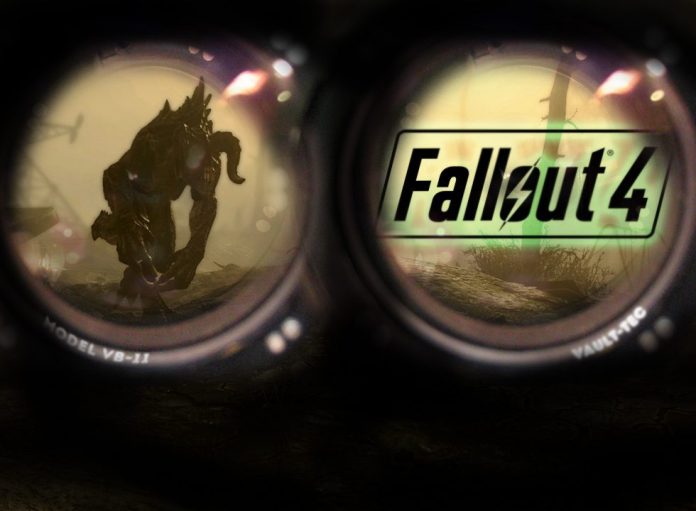 Yes, we’ve been counting the days since the release of Fallout 4 – and for good reason. Most video game developers release downloadable content (DLC), or at least make an announcement within 90 days of the original game’s release.

We’re edging closer to the limit of that window, so Fallout 4 DLC details are imminent. We’re watching Bethesda’s Twitter, Facebook, and Blog like Synth hawks (add those in the next update, please?), and Bethesda has been playing very coy with information on DLC.

There are several theories on where Fallout 4‘s DLC will take us: I’ve talked about a potential British invasion, a trip to China, and underwater exploration. Others have suggested trips to the moon, Canada, and even a ghoul whale. They’re all interesting theories, and some are more plausible than others.

What we do know we’ll see in the first batch of DLC for Fallout 4 is: new guns, new armor, new power armor, and new mods. This has been pretty standard for the Fallout series past DLC. There is a chance the such content will be “Fresh Start” – meaning you won’t be taking anything with you (we saw this with Fallout 3’s Mothership Zeta and Dead Money in Fallout New Vegas). It’s a tough decision to make from a game development standpoint. On one hand, it provides a challenging experience for players – but then it’s taking away everything the player has worked hard to obtain. I’ve talked to players on both sides, but at this point, they don’t really care as long as DLC is on the way.

We will also likely see improvements and expansions to the Fallout 4 Settlement system. Surely Bethesda is acutely aware of the love for this system and its potential. Gamers love posting videos of their impressive settlements and sharing them with friends. Someone even built a replica of an AT-AT from Star Wars. That’s some awesome dedication. Making the expansion of this system more likely is the fact that we don’t currently have access to all of the game’s environments and structures. Modders have already “unlocked” some of these structures (for example, you’re able to build Institute buildings or Prewar tech), so we know it’s possible and pretty easy to do. As a result, it’s highly probable that we’ll get new tools for our sandboxes with the release of DLC.

What are you hoping to see in Fallout 4’s first pack of DLC? Let us know in the comments.