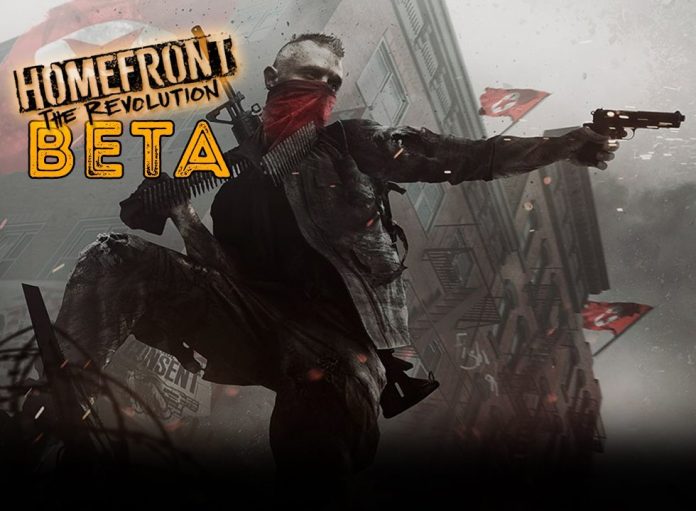 Publisher Deep Silver and developer Dambuster Studios are giving you a chance to play the Closed Beta for their upcoming game Homefront: The Revolution on Xbox One.

A news release on the game’s website announced Monday that beta keys are now available to those who register. If you didn’t register in advance, there’s no need to worry (yet). As of Monday afternoon, you can just sign up on the website to claim a key.

The Closed Beta for Homefront: The Revolution takes place February 11th through the 14th. Even though you’ll be able to obtain a code for the Closed Beta right now, it does not appear that the Closed Beta is currently available to download from the Xbox Live store. It’s likely it will be made available later this week as the actual Beta date draws closer, so here’s hoping we will be able to pre-load it prior to the weekend.

Closed Beta access players will be able to play Resistance Mode, the brand new four-player co-operative online experience for Homefront: The Revolution. In Resistance Mode, take your friends online in a range of diverse Missions where you and your fellow freedom fighters battle the KPA in the ways best suited to urban guerrilla warfare. Unlock gear and weapons to tackle your favorite Missions under the hardest of circumstances.

Check out Homefront: The Revolution‘s newest game trailer below: