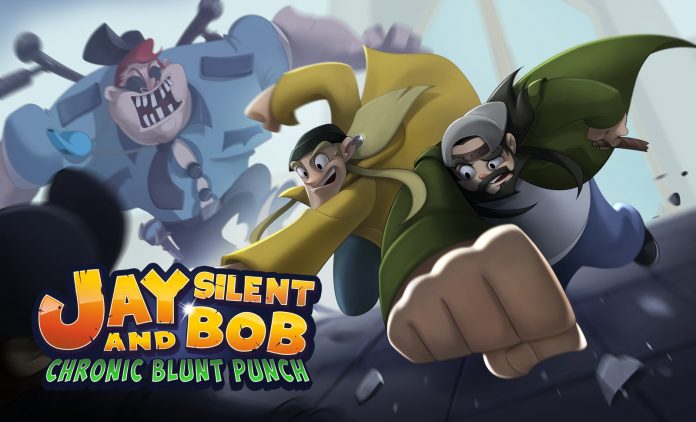 Kevin Smith and long time friend and film companion Jason Mewes are teaming up in a venture that hopes to bring their long standing comedy duo Jay and Silent Bob from the world of TV & movies and onto videogame platforms.

Jay and Silent Bob: Chronic Blunt Punch will be a side scrolling brawler that finds the mischievous pair of drug dealers on a hunt through an oppressive mall to find their customers. Developer Interbang of Super Comboman fame will be work with Smith and Mewes and are using Fig to crowfund the game which Interbang refers to as a brawler with a “convo combo” mode.

Jay and Silent Bob: Chronic Blunt Punch’s crowdfunding campaign is open right now on Fig with a goal of $400,000 and if successful the game is set to release on PlayStation 4, Xbox One and PC.