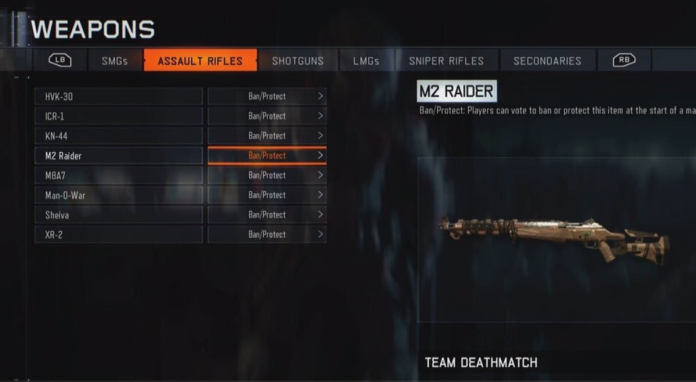 Today’s Xbox One patch for Call of Duty: Black Ops 3 has reportedly revealed a little more than Treyarch intended.

Below you can see images (source unknown) of new weapons that have appeared in the game after today’s Xbox One update for the game was complete.

There are reports of other weapons as well, apparently 4 new secondary weapons in total.

The M2 Raider will please those who love using the crossbow, the Iron Jim – well it speaks for itself, and the Marshall 16 side arm are all shown below.

You can also see a ‘Top Secret’ weapon listed in the Assault Rifles section in the M8 create-a-call area.

No details have been released yet about when these weapons will be available in the game, which leaves us also asking – will these be added to the game for free or purchasable through microtransactions?

We will let you know when we do.