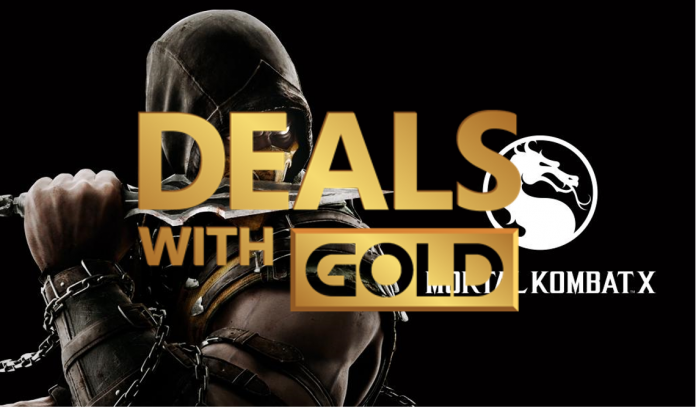 This week’s Deals with Gold are now available and as usual we have our suggested purchase for you.

For any love of fighters, the EXL recommended game this week is Mortal Kombat X at 45% off.

Mortal Kombat X is a fighting video game developed by NetherRealm Studios and published by Warner Bros. Interactive Entertainment. It is the tenth main installment in the Mortal Kombat video game series and was released on April 14, 2015 for Microsoft Windows, PlayStation 4, and Xbox One. NetherRealm studio’s mobile team developed a version for iOS and Android devices. Versions for the PlayStation 3 and Xbox 360 were originally planned for release, but both were later cancelled. Mortal Kombat X was officially announced in June 2014.

Like previous Mortal Kombat games, Mortal Kombat X’s gameplay consists of two players, or one player and the CPU, fighting against each other with their selected character, using a large, varied array of character specific attacks. The game contains several modes, such as a story mode, which takes place twenty years after the previous Mortal Kombat game, several ‘Tower’ modes, which feature dynamically changing challenges, numerous online modes, and the ‘Krypt’, a mode played in a first-person perspective where players explore the areas unlocking a variety of in-game items.

Here is the full list of Deals with Gold as announced by Major Nelson:

*These offers are valid for Xbox Live Gold and Silver members.