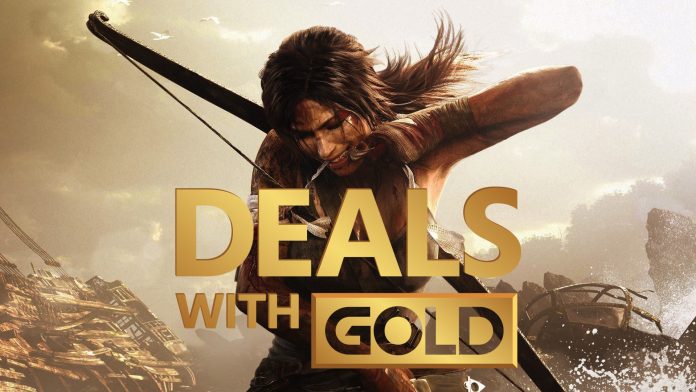 The man, the myth, the legend Major Nelson has announced this weeks titles that Xbox Live Gold members can save a few bucks starting today. This weeks you can save between 30-75% off on various titles including a nifty racing game, the #1 selling football game franchise and an awesome game about a lovely lady who likes to find old relics while kicking in the teeth of bad dudes!

Which of course brings us to this weeks EXL featured title of the sale, Tomb Raider: Definitive Edition ($29.99), which you can grab right now for 75%off.

The cinematic action-adventure that forced Lara Croft to grow from an inexperienced young woman into a hardened survivor has been re-built for next-gen consoles, featuring an obsessively detailed Lara and a stunningly lifelike world. Lara must endure high-octane combat, customize her weapons and gear, and overcome gruelling environments to survive her first adventure and uncover the island’s deadly secret. The Definitive Edition of the critically-acclaimed action-adventure includes bonus content and combines all of the downloadable content from the Xbox 360 version.

Below is a listing of all titles available on both Xbox One and Xbox 360 for Xbox Live Gold members and prices are available now through February 22, 2016.