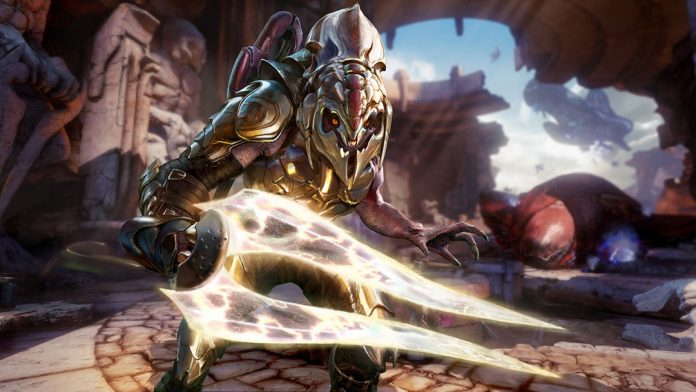 Microsoft just released an updated Arbiter Killer Instinct trailer that now includes a bit of a teaser for another fighter being added to Killer Instinct: Season 3. The new roster addition appears to be none other than Tusk who was first introduced in Killer Instinct 2.

Looks like Killer Instinct’s third season is really shaping up nicely with the addition of Battletoad’s Rash, Aribitor of Halo fame and now Tusk. Given the choice what character would you like to see added to the roster?

Be sure to check out the updated Killer Instinct Arbiter trailer below!