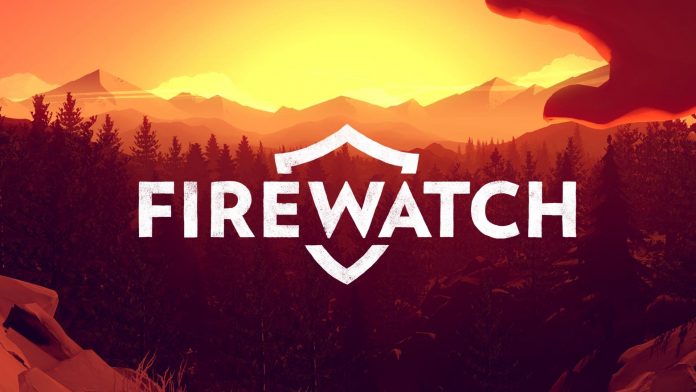 Firewatch released last week and since then I have seen some polarizing discussions being had about the game. In some cases, as it is with many games, there are those who are absolutely loving the new title from developer Campo Santo, while others are not as enamored with the game.

This is of course a tale as old as time and something we as gamers experience on a daily basis.

That being said, one thing I am not a fan of is when some gamers begin to take things to  a level of disrespect, beyond what a healthy debate can bring.  For lack of a better term,  they begin to ‘crap’ on the game, and by extension, the creators behind it. This seems to happen more with independent titles. Some gamers feel that it is ok to judge a game’s value by it’s length (typically measured in hours), or by the listed asking price simply because it’s an ‘Indie’.

Please understand that should you fall into one of these camps, this article is in no way a judgment on you. You are free to feel however you desire as a consumer and gamer. This article is meant to hopefully open a mind or two to the idea that while dismissing a game as “straight trash” is pretty easy, you may also find it interesting to know that said “trash” probably meant a tremendous amount more to those that made it.  Again you are not required at all to take that into consideration but maybe just think about what you’ve typed before sending that tweet, or Facebook post.

There is an article posted on Kotaku today that shares and interchange with a customer on Steam who wanted a refund after playing Firewatch and a pretty heartfelt response by one of the games developers.

According to Kotaku, Steam user Undercover Fish had played through and beaten Firewatch. They liked the game but after spending $18 for the 2-3 hour experience, they felt the asking price may have been too high based on the length of the title.

This is what Undercover Fish said on the Firewatch forums explaining the conundrum they were in:

So this game was 18$. I purchased it because i enjoyed games like this. And I enjoyed this game. Alot. Like, way more than a healthy amount. But it was 2-3 hours. I feel like there could of been more, and im thinking of refunding. But here is my problem: I loved this game. It was a unique game with awesome narration and storytelling. I like the developers. I mean seriously, have you seen how active they are on theese forums? What other dev is that connected to their community? I want to support the developers, but there was so much more i could of got with my 18$. Should i refund, or hold on to it?

As the article on Kotaku states, Steam does offer refunds to players “for any reason” as long as the request is “made within fourteen days of purchase, and the title has been played for less than two hours.” So in this case the user Undercover Fish could have made a refund request, even though they enjoyed the game but first decided to get some input from other players before doing so.

As you can imagine there were mixed results from other users, with some arguing for and against the refund for Firewatch but it was a response from one of the games developers that is actually what inspired me to write this article. Jane NG is an artist at developer Campo Santo, developers of Firewatch and Jane gave what could arguably be the most endearing-heartfelt look behind the curtain of independent development that most have no idea about.

This is what Jane NG replied to Undercover Fish addressing their issue:

I thought about not responding, because normally ppl who want to refund are rude and unpleasant and I choose to not engage and dwell on it.

You seem nice and I figured what the heck, why not have a conversation about this, now that I have read it and it’s right here in front of me.

So here is what I think. As the developer. Sorry if it’s a bit stream of consciousness because I want this to come from the heart.

The 11 of us all took a lot of risk to make this, and sacrificed financially to give Firewatch a chance. We all could have had much better paying jobs elsewhere, but we all thought this game idea had potential to be something special. We seemed to like each other ok, so we all took a big leap of faith. Two years, we say. Let’s give this a go, worst outcome is we all hate each other and go back to various money jobs, but we all could say, WE TRIED.

Two years +. We are all crammed in a tiny office, sharing one bathroom. It is not a glamorous thing, making an independent game. It is just a small room full of computers and a used microwave and $10 office chairs we luckily got from craigslist. Life happened during those two years: there were big breakups, profound illnesses of loved ones, a baby, etc. The dev team got to be like family, because that’s how making an indie game is, you are all in it together, through thick and thin, supporting one another bc if you don’t, there is no way in hell this game would get made, let alone any chance of it to be worth more than a bucket of ♥♥♥♥.

We were excited, but terrified. We felt free, but were constrained. I have been in this industry for 15 years almost, and this is the hardest I have ever worked. We all gave it our all, to make this weird thing, and we had no idea if it was any good to anybody else. All we could do, was try the damn hardest to make something we are honestly proud of. At the end, if this was a commercial failure, all we have got is what we have made. Nobody could take that away.

So yes, I am sad when people think this game is not worth the money we asked for (which we thought was a fair ask). It makes me feel like I failed them. It is ok if people don’t like the game, but it affects me personally a lot, when people feel like it was not -worth- the time they engaged with it.

But do I blame you for wanting to get the most out of your $18? No. I don’t know your financial circumstances. $18 might be a lot. Or even it isn’t a lot, why shouldnt’ you try to get the most out of it? That’s a fair desire. That’s why we asked for $18 too, because money is something we could all use more of.

So I supopse in conclusion, if you do refund, I am not upset. It’s on me to learn not to care too much. All I ask is that maybe sometime in the future, when the game goes on mega dirt cheap sale, you could gift tthe experience to someone else you think will enjoy it like you did.

I will agree with the Kotaku article that this was a very classy way to handle a player that had a concern about a purchase they made and in regards to something the developer is so personally attached to as a creator.

It would appear that this post may have also changed the mind of Steam user Undercover Fish:

I have made my decision to keep the game. Campo Santo had more balls than Donald Trump on steriods to make this game, and they deserve the money. Feel free to talk about games/this game/developers/morals/refunds or whatever, but i will not change my decision.

This in my opinion isn’t always the exchange we see in the gaming world today and often things like this can escalate into a fever pitch of anger and hostility. It’s refreshing to see someone so eloquently express a concern the way Undercover Fish did only to be met with the same level of respect and honesty in return from Firewatch developer Jane NG.

I would like to think that this exchange stands as an example of how cooler heads can prevail. Please understand my intention here is not to preach but endeavor to enlighten. If we as gamers feel a title was not worth the asking price based on length or whatever metric used to measure value in a game, then I hope we can find better ways to express that without the need to dismiss something as ‘crap’ or ‘trash’ on social media or forums. If only for the reason that someone is on the other side of that scorn, someone who has feelings and has poured themselves into creating something they are hopefully proud of.

None of us want someone to simply or quickly write off the work we do, or things we take pride in, as ‘dogsh_t’.