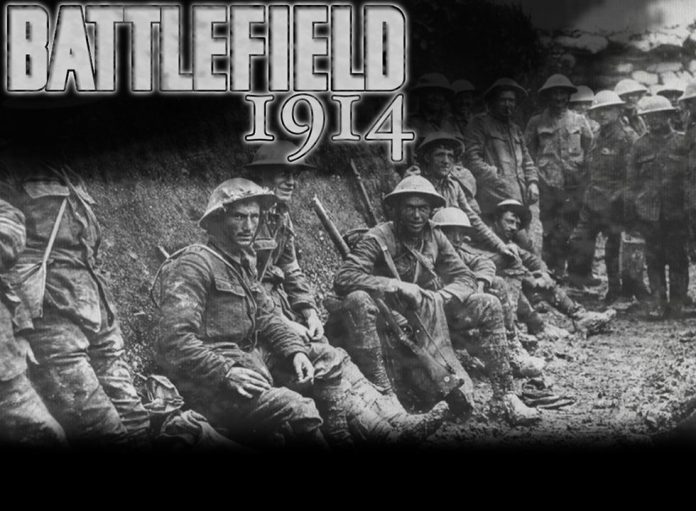 World War I is often overlooked by video game developers. It’s not as appealing as World War II to many players, and there’s a number of reasons for that – but it doesn’t mean it can’t work.

If you can’t view the video: World War II is engrained in our popular culture. It has been immortalized in films like The Longest Day and in television shows like Band of Brothers. Similarly, it has been a staple in video games like Battlefield 1942 and the original Call of Duty. It is presented as a mobile and fast-paced conflict. The Invasion of Normandy, Battle of the Bulge, and Stalingrad are all well-known to most gamers. Yet, few know much about the conflict that took place some 20 years prior. “The Great War” as it has been called, is largely forgotten by video games, and that can change – that should change.

World War I took place between July 1914 and November 1918. Over 70 million people were mobilized for the conflict. Nine million combatants died, as did over seven million civilians. Killing was conducted on an industrial level, a result of commanders failing to recognize the changes in tactics required by new technological developments. These technological developments became household names after World War II, but their lethal potential was realized during World War I. I am of course referring to weapons like the machine gun, airplane, and tank. Commanders during The Great War often scoffed at these new tools, and those in the trenches paid for it with their blood. By the time World War II rolled around, the lessons has been learned. World War I is the story about learning those lessons.

The recent news that Battlefield 5 may potentially be set in World War I was met with mixed feelings among gamers. Some were excited for a new conflict, others claimed it was too stationary to entertain. It is easy to classify World War I as stationary, but it would be doing a disservice to those who fought. The truth is, as always, more complex than what appears on the surface. World War I was very mobile in the early months, the Germans employing the von Schlieffen Plan, and the French and British reeling from the attacks. Similarly, World War I was not only fought in mainland Europe. The conflict stretched to colonies in Africa and the Pacific. Many native peoples were enlisted to fight the battles of their colonial controllers. There is great storytelling potential in such a situation.

Great storytelling is what makes a truly good game. Gameplay mechanics are certainly part of the equation, but they are not what makes a game memorable. No one fondly remembers the control schemes of Mass Effect or Dragon Age, but they remember the characters and the journey they took with them. World War I is full of tremendous storytelling opportunity. For many, books like All Quiet on the Western Front (which chronicles a German solider’s World War I exploits), is required reading in school. It’s an emotional roller coaster of literature, filled with triumph, failure, humor, and madness. I’d also highly recommend To the Last Man, by Jeff Shaara. It’s a historically-rooted fiction piece that follows several real life and fictional characters throughout the war. Both of these books showcase the storytelling potential for a World War I video game. DICE and the Battlefield franchise have woven intricate and emotional stories in titles like Medal of Honor and the remarkably well-done and overlooked Battlefield Hardline.

And we have seen a couple successful World War I video games. The aptly-named Toy Soldiers tower-defense game was released back in 2010. While it did not focus so much on storytelling, it still provided the player with a detached view of warfare, and almost no accountability for the people they willingly sent to death. The futility and waste of trench warfare quickly becomes obvious after mowing down wave after wave of attackers, and the game did show other adversities faced by the soldiers on the ground through its achievement system. Another game successful using the World War I concept, is Valiant Hearts. In the game, people who had known each other before the war are thrust into the conflict, and their stories are intertwined through a small dog. It’s not a game about combat, but about survival – and returning home to what matters most in life. It will make you cry, and it should.

Regardless of gameplay, a well-written Battlefield game in World War I, would be a tremendous hit. Gamers have grown tired with futuristic shooters, jetpacks, and wall-running. Many long to return to a simpler time, where coordination, tactics and teamwork mattered more. World War I as a setting would provide that experience. It would also provide new weapons unfamiliar to players, like the French Berthier rifle, the Chauchat machine gun (which actually was not a terrible weapon in its original French caliber), and Mauser C96 pistol. On top of this, players could return to heavy vehicles – something sorely missed in Battlefield Hardline. World War I saw the introduction of tanks like the British Mark series of lozenge tanks, the French Renault, and the German A7V. Air to air combat has become a staple of the Battlefield franchise and players could also take to the air in some of the most iconic airplanes to grace the skies: the Sopwith Camel, German Albatros, and the Fokker Dr. I Triplane (made famous by The Red Baron).

A Battlefield game set in World War I would also give us the opportunity to meet important historical figures from that time. Other video games have successfully done this, such as Call of Duty: Black Ops – and films do this regularly. For example, The Young Indiana Jones Chronicles explores Indy’s exploits during World War I with the Belgian Army, where he meets all manner of historical figures from humanitarian Albert Schweitzer to German General Paul von Lettow-Vorbeck. It’s a great series, starring Sean Patrick Flannery of Boondocks Saints fame. It’s not great because of the acting, but because of the writing.

I have always maintained that a good war game or film should never glorify war, but shed light on its futility, horror, and true price. Before World War I, it was a time of naivety and romance. Going to war was viewed as an honor and chivalrous. When many soldiers reached the front lines, they were unable to see how such notions could coexist with the unmitigated slaughter in the trenches. Many suffered from shell shock, many were maimed, many never left the trenches – and of those who did, a piece of them stayed there. It’s also easy to forget The Great War also touched those in non-combat roles, nurses and doctors had to contend with a never-ending stream of casualties coming back from the front.

And for what reason was all this done? Every man, woman, and child had to find the answer for themselves. Some attributed it to the folly of man’s indifference to one another. Others blamed the greedy monarchs and heads of state. At least one – Adolf Hitler – blamed the Jews. It was supposed to be “The War to End All Wars.” Yet even more would die less than 20 years later. The setting is ripe for the most powerful storytelling this generation of gaming has seen. It just needs the right approach to reach it. Battlefield 5 (Battlefield 1914?) could be that game.