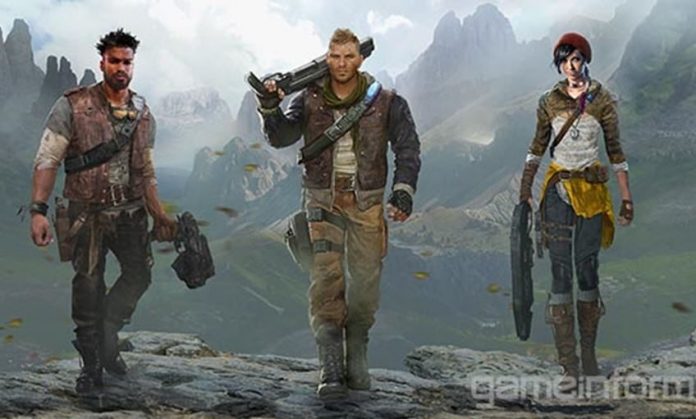 Details regarding some of the cast of Gears of War 4 have now been revealed via an exclusive interview that was conducted with gameinformer. 25 years after the closing events of Gears of War 3 the battle is set to once take place again. With a whole new cast line-up (clearly our beloved characters from the original franchise have now earned themselves retirement) you can see the three main voice actors below and learn a little about the leading characters in the upcoming release from The Coalition – Gears of War 4. JD Fenix is the primary protagonist in Gears of War 4, and the son of legendary war hero Marcus Fenix. JD is an idealist who ran away from home at a young age to join the the COG militia only to go AWOL after a classified incident that players will learn more about during the game.

Played by: Liam McIntyre who is best known for his work as the male lead in the Starz series Spartacus. He also recently played the Weather Wizard on the The CW show The Flash.

McIntyre on JD: “It’s kind of terrifying, because I get to be the lead in a new era of Gears, which is unbelievable, amazing, and exciting. I’m the legacy, because my dad is Marcus Fenix. JD’s a soldier and a bit of a freedom fighter, and in his heart he’s a bit of a renegade. He’s different from Marcus, but he’s still that heroic archetype. Kait Diaz was born and raised outside of the walled city-states protecting most of humanity. Her parents were leaders of this group of Outsiders, but her father died tragically years ago. Kait isn’t familiar with how the COG works, but she is a capable survivalist who forms a quick friendship with JD.

Played by: Laura Bailey, who is an accomplished voice actor, with roles as Kid Trunks in Dragon Ball Z, Spartan Olympia Vale in Halo 5: Guardians, and Jaina Proudmoore in World of Warcraft, among others.

Bailey on Kait: “What’s interesting about her is that she grew up as an Outsider, so she’s been away from this military environment that the boys grew up in. It’s fun to do her dialogue because she approaches it from a different place. She has a less technical approach to everything she does because she’s never experienced anything like this. She’s a great entry point into this world, because she doesn’t know everything about it either.” Delmont “Del” Walker is another ex-COG soldier. Del was an orphan who became friends with JD at boarding school. When JD ran off to join the Army, Del followed his lead. Unfortunately, Del was also involved with the classified incident that sent both of them running out into the wilds of Sera, seeking refuge among the Outsiders. Still, Del remains deeply loyal to JD.

Byrd on Del: “Del is cool. I had to play up the nuance because the friendship between him and JD meant a lot, so getting to know [Liam McIntyre] and actually becoming friends with him helped us play together. I think Del wasn’t a clean slate, so I had to give him a bit of a backstory, but then we were able to evolve it. We’re actually building it while we’re doing it.”

*All photos and character descriptions were sourced from gameinformer.