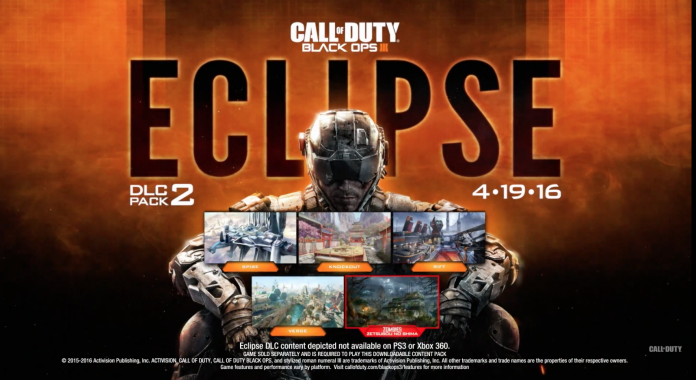 The second instalment of DLC for Call of Duty: Black Ops 3 has been revealed.

ECLIPSE will feature 4 new multiplayer maps and of course, a new zombies experience. The DLC will be available April 19th first on PlayStation 4 and then one month later on Xbox One and PC.

If you are a season pass holder you already own the rights to this DLC pack when it lands, however if you are not you can purchase the DLC separately for $14.99 USD on PlayStation 4, Xbox One or PC.