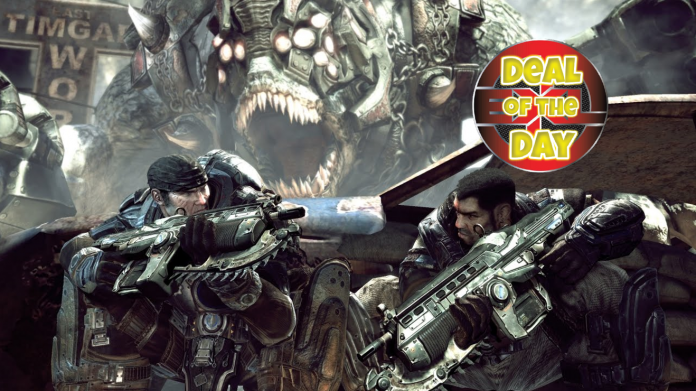 Today’s Deal of the Day fits in perfectly with the beta details that have been announced for Gears of War 4.

To be able to take part in the beta you must have played the Gears of War: Ultimate Edition prior to April 11th (this is the new extended deadline).

The Gears of War 4 beta will kick off on April 18th. Those who have played the Gears of War: Ultimate Edition on Xbox One or Windows 10 will begin to receive tokens for early beta access, which will roll out in waves. Early access for the beta ends on April 24th and at that point all qualifying Xbox Live Gold members on Xbox One will then be invited to join the beta which ends on May 1st, 2016.

If you haven’t seen it yet, check out the below ‘The Cole Train Rap’ promotional video, it’s a hoot!