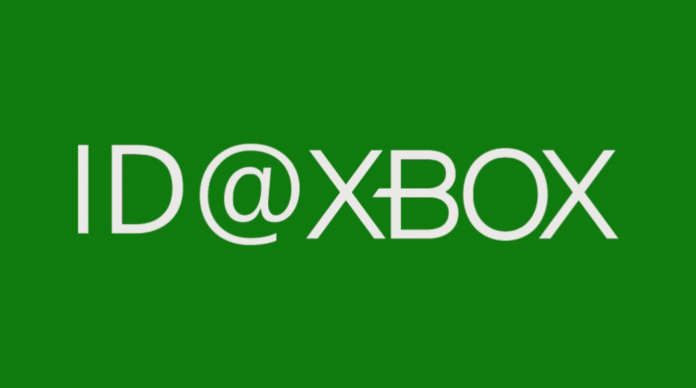 The [email protected] team are making their third appearance at one of the year’s biggest annual industry events, GDC 2016. To kick things off Chris Charla, Director of [email protected], has written a letter detailing some exciting updates that have been implemented due to developer feedback.

With over 40 different games from independent developers being showcased at GDC by the [email protected] program, we have a lot to look forward to moving forward into Q2 of 2016. If you are on location at GDC stop by their booth and meet the developers, ask some questions, and get a first look at some of the exciting games headed to Xbox One and Windows 10 later this year.

For details regarding today’s announcement please see the full letter from Chris Charla below:

This will be [email protected]’s third Game Developers Conference showing off amazing new games from independent developers in the [email protected] program. For us, it’s a great time to highlight new games, but also a place to connect with new developers and old friends and listen to their feedback about our program – what people are liking, and where we can do better.

We actually started [email protected] by going out on a listening tour that seemed huge at the time (more than 50 developers!), but today, with more than 1,400 studios creating games for Xbox One and Windows 10 via [email protected], 50 seems like a pretty small number!

Our core principles haven’t changed though – make sure we deliver a huge variety of awesome games to players on Xbox One and Windows 10 by making it as easy as possible for independent developers to publish games on our platforms. The developers have certainly held up their end of the bargain! The list of unbelievably good games on Xbox One from independent developers is really too long to list. And we’re still listening, and we’re still working every day to make things better.

I’m excited today to announce a couple new things that grew directly out of developer feedback.

Cross-Network Play First, in addition to natively supporting cross-platform play between Xbox One and Windows 10 games that use Xbox Live, we’re enabling developers to support cross-network play as well. This means players on Xbox One and Windows 10 using Xbox Live will be able to play with players on different online multiplayer networks – including other console and PC networks.

Of course, it’s up to game developers to support this feature, and Xbox Live players will always have the option of choosing to play only with other Xbox Live players. We’re thrilled to confirm that Psyonix’s Rocket League will be one of the first games to take advantage of this new capability by enabling cross-network play between Xbox One and PC players, with an open invitation for other networks to participate as well.

MonoGame Support Microsoft’s XNA programming framework isn’t supported natively on Xbox One, but there’s an open source solution for developers called MonoGame. This news is a little overdue, but we’re stoked that MonoGame support will be coming to Xbox One soon, thanks to Tom Spilman and our friends at Sickhead Games.

And we’re really excited to be able to welcome MonoGame with a bang, thanks to a partnership with another developer named Tom – Tom Happ. I met Tom at an indie dev event shortly after we confirmed that XNA was not natively supported on Xbox One, and I remember being super bummed that his game was not going to be able to come to Xbox One straight away. Well, today I’m stoked to be able to say that Tom’s game, Axiom Verge, is going to be one of the first games shipping on Xbox One using MonoGame. And hopefully that’s just the first of many!

Continuing Xbox Game Preview We’re also really excited about Xbox Game Preview, which we launched last year at E3. Many [email protected] games, such as Ark, The Long Dark and Layers of Fear have participated in the program, and the success developers have had there is great to see. As a player, getting to play and offer feedback to an in-development game is a pretty cool experience – especially when you see a feature you requested make it into the game!

Creating a Sustainable Marketplace When we started [email protected], another goal was to make sure we kept the same sustainable marketplace for developers that we had on Xbox 360. We don’t just want to provide a platform to ship games, we want to provide a marketplace where games have the opportunity to sell, so developers can achieve commercial success and keep doing what they love to do – make great games for us to play!

Like all entertainment industries, the game industry is hit-driven, and not every game will be a success. But we’re really happy that a lot of developers are having great financial success on Xbox One. As the director of [email protected], I sign off on every monthly royalty statement to each developer in the program, and getting to sign off on royalty payments to different developers that are five-, six-, seven- or even eight-figures for the month makes me feel good that we’re delivering on that promise to developers. (And to Xbox One players – thanks for your awesome support of independent games!)

[email protected] on Windows 10 Last year at GDC we announced that we’d be extending [email protected] to Windows 10, to support developers who want to include Xbox Live in their Universal Windows Platform (UWP) games. You can already play some great games from [email protected] developers with Xbox Live on Windows 10 now (check out Oxenfree, Pinball FX 2, Fire: Ungh’s Quest and Stealth Inc 2), and we’re excited that hundreds of developers have committed to shipping on Windows 10 with Xbox Live. And we’ll see the first titles with cross-play between Xbox One and Windows coming soon. (In fact, a little bird told us that tweeting @idarbgame might get you a token to test out cross-play as part of a soft launch now!)

Looking Ahead The lineup of independent games that will be coming to Xbox One this year is really amazing – Cuphead, Below, INSIDE, SuperHot, We Happy Few, Worms WMD and Pit People, just to name a very few. And the games that are a bit further out are no less cool.

We’ll be showing 40 different games from independent developers working with [email protected] this year at GDC, both at Media Showcase event, and the Microsoft Lobby Bar in Moscone South. If you’re at GDC, please swing by, check out some games, talk to your fellow devs, and say “hi” to the [email protected] team, who will be at the Lobby Bar, helping out and answering questions. And if you’re an Xbox player, thanks again for playing and supporting the amazing work that independent developers are creating today on Xbox One and Windows 10! You can read more about the games we’re featuring at GDC tomorrow here on Xbox Wire.

It’s been an amazing two years since we showed the first [email protected] games off in 2014, for both players and developers, and everyone on the [email protected] team is stoked to be a small part of that. Independent developers are changing games and innovating in ways that continue to blow us away, and we can’t wait to see what happens next!