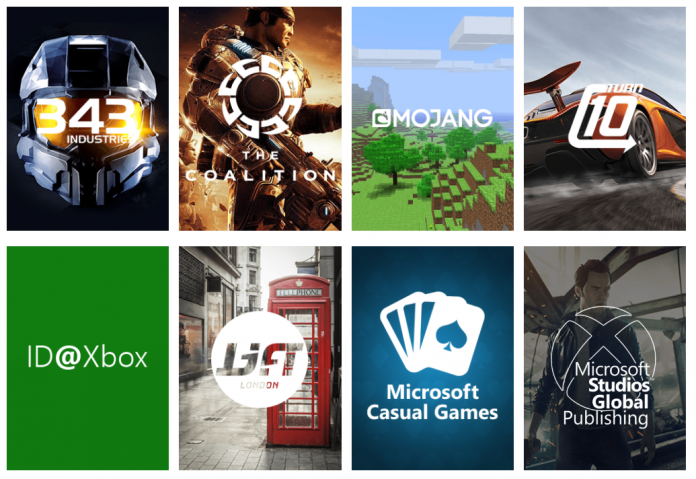 Further on from the information below, Microsoft have responded to gameinformer advising that the removal of the additional 5 logos from their website was due to a ‘website clean up’. You can see the updated information sourced directly from gameinformer below:

“On Monday we announced changes to Microsoft Studios including Lionhead and Press Play,” a Microsoft representative told us via email. “As part of these changes, we did a site refresh and removed several logos for older studios and projects that have been consolidated during the past several years into other Microsoft Studios and teams. As games launch and new projects come online, we routinely make these kinds of moves to ensure we have the right development support on the right games.”

There is also speculation that a current Project Spark outage spells trouble for that game. Microsoft says it has nothing new to announce about the creation suite. We understand that the publisher is working on fixing those issues, and this is simply a matter of coincidence. “We are aware of the current service outage and are working as quickly as possible on a solution,” we were told via email.

By now you will most likely have heard the unfortunate news that Lionhead Studios and Pres Play Studios will be shut down. Initially this impacts the development of Fable Legends primarily, as naturally with the closure of the development studio behind the game, it has also been announced that the game has been cancelled (for the time being at least).

So it stands to reason that the logos for both studios would be removed from the Microsoft website. However, what doesn’t make sense is the removal of 5 other logos as well.

All 5 have now been removed along with Lionhead and Press Play.

We know that there was a big change coming for Project Spark due to the announcement that all future DLC had been cancelled and existing items would be free, and now with the servers being offline since Marth 4th it looks like we can expect an official announcement about Project Sparks closure in the very near future.

As an attempt at releasing a game creation tool, Project Spark was a welcomed fresh change of pace, however the momentum that was present upon release for the potential of this game does seem to have diminished dramatically which is a shame.

If you visit the Microsoft website you will see all that remains now under the ‘Studios’ listing is:

However, if you visit the Google Cache for the same website the day of the above announcement you will see that there were many more studios showing their badges proudly on the Microsoft website.

We know there are big changes coming up for Xbox as a brand and Microsoft as a whole, just how these studios no longer fit into that picture is yet to be seen, however I for one am excited to what they have planned for us.

If these studios are in fact all on the chopping block I wish them all the best in your future endeavours and with such a long list of talented individuals working at these studios, I am sure it won’t be long before we see what the future holds for them.

With the continuing evolution of the focus at Microsoft both on the Xbox brand and the Windows 10 eco-system as a whole, we may also be looking at an amalgamation of some of these studios to focus more on the direction the company is headed in, instead of focus on what is now a rarely optimized piece of technology such as the Kinect, which was part of the development projects of some of the studios that were removed from the website.

We have reached out to Microsoft for comment and will update you further when more information is received.