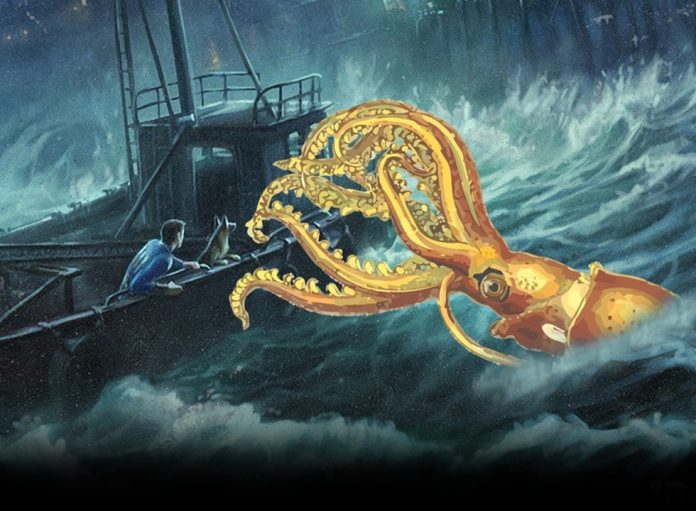 The first pack of downloadable content (DLC) for Fallout 4 – Automatron – is now available. The game’s next pack of DLC, Wasteland Workshop is due out sometime in April, but all eyes are on the game’s third announced expansion: Far Harbor.

Far Harbor‘s official description reads, “A new case from Valentine’s Detective Agency leads you on a search for a young woman and a secret colony of synths. Travel off the coast of Maine to the mysterious island of Far Harbor, where higher levels of radiation have created a more feral world. Navigate through the growing conflict between the synths, the Children of Atom, and the local townspeople. Will you work towards bringing peace to Far Harbor, and at what cost? Far Harbor features the largest landmass for an add-on that we’ve ever created, filled with new faction quests, settlements, lethal creatures and dungeons. Become more powerful with new, higher-level armor and weapons. The choices are all yours.”

Never content with official descriptions, some Fallout 4 fans have been scouring the game’s files looking for hints on what’s coming in future content:

Redditor WilliamWallace2k14 hit the jackpot, stumbling across a reference to a “Ghoul Yao Guai.” What’s more, the redditor included pictures.

It may be difficult to see from the picture, but the Ghoul Yao Guai appears to be missing its nose (like human ghouls), has protruding teeth, and appears to have less fur (indicated by the white spots). The new variation of Yao Guai fits perfectly with the description of Far Harbor‘s “higher levels of radiation,” since it is radiation that causes the “ghoulification process.”

WilliamWallace2K14 also found a reference to another creature: textures for a very large squid.

For those of you wondering, the fear of squid is called Teuthiphobia. I imagine this information will come in handy when playing Far Harbor. It’s not clear if the squid texture is part of an actual creature in-game, or if it will be part of the environment (like the dead killer-whales and fish that line the coast of the Commonwealth). Either way, it’s gross.

In some other files, the observant redditor also found a reference familiar to many Fallout 4 fans – the Harpoon Gun. Part of the game’s cut content, the Harpoon Gun was a roughly textured weapon that may have been tied to an unfinished quest called “20 Leagues Under the Sea.” Regardless, WilliamWallace2k14 found the following information while editing script:

The highlighted bits of script tell an interesting story. Bethesda may yet have plans for the Harpoon Gun in Fallout 4. The inclusion of power armor in an underwater setting is telling, and I’d say it points to new, submersible power armor. The reference to power armor in the script has to do with visual effects, but power armor is painfully slow underwater – you walk along the bottom. There’d be no real reason to include this, unless there were plans for a special amphibious version.

We’ve seen other potential references for Far Harbor in the past, namely some concept art showcasing a yet-to-be-seen faction of enemies called “Warf Rats.” Likely to be the raiders of Far Harbor, they’re armed with all manner of harpoons.

Far Harbor is modeled after the real-life location of Bar Harbor, Maine. The town is well known for seafood, the MDI Biological Laboratory (which specializes in regenerative medicine using animal genes), and the Jackson Laboratory (which specializes in treating diseases based on unique genetic makeup). There’s also a former military radio site nearby. Could there be strange genetic mutations? Engineered sea creatures? Bethesda has a lot of real-world history to play with in the upcoming DLC.

Whatever Far Harbor includes, it will certainly be interesting. The Children of Atom faction have not been explored thoroughly in the Fallout lore, and Synths are relatively new. We’ll keep you posted when Bethesda announced for information regarding DLC for Fallout 4.

Far Harbor is expected sometime in May 2016.