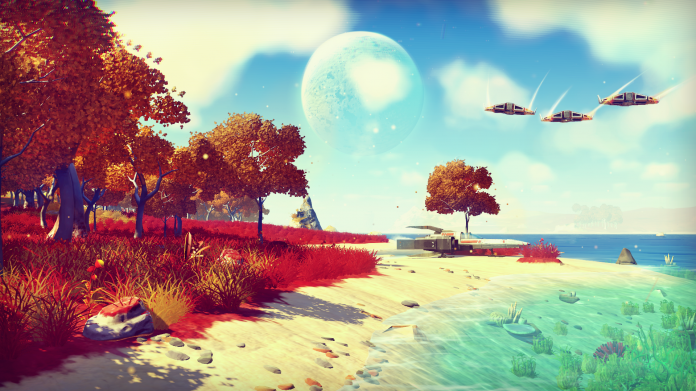 It’s official…No Man’s Sky has a release date! Hello Games managing director Sean Murray has confirmed that No Man’s Sky will be available on June 21 for PlayStation 4 and PC in North America. It will then releases one day later on June 22nd in Europe.

No Man’s Sky is an epic science fiction adventure set across an infinite universe, in which every star is the light of a distant sun, orbited by planets filled with life – each yours to visit. Explore never before seen worlds, discover unique lifeforms and trade, fight and survive on a galactic scale.

No Man’s Sky will have both a physical and digital release on PS4 and will retail for $59.99 and you can pre-order your preferred version starting today. Sean Murray also stated that the team at Hello Games would like to continue to support the game post launch with free content.

“Most importantly, it gives us the best chance possible to keep supporting the game for free after it is released. No Man’s Sky will launch as a complete game in June, but there’s a lot we’d like to add post-launch, if we can.”

PlayStation 4 owners can also pre-order the Special Edition that includes a copy of the game with a steel book cover, a 48-page art book, exclusive comic book, a dynamic PS4 theme and a starter pack that includes a ship boost, bonus resources, and in-game weapon blueprints. There will also be a No Man’s Sky Explorer’s Edition available exclusively from iam8bit which will be limited to 10,000 copies and includes a digital download code for the game, a hand painted 8-inch ship replica, a pin and a mystery item that will be revealed at launch.