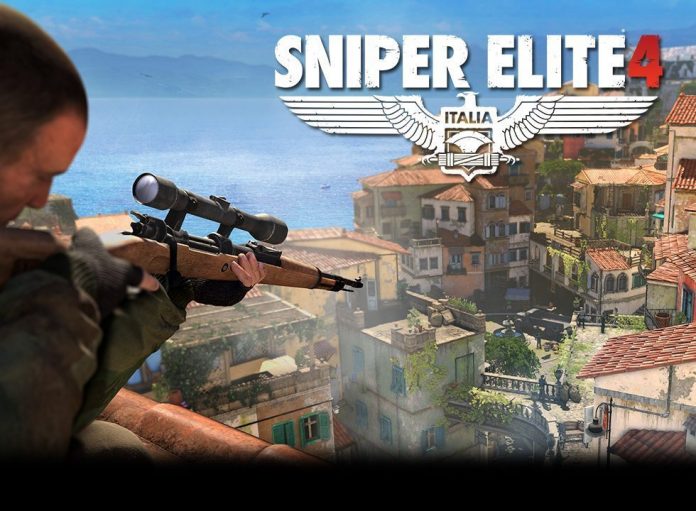 It’s been a while since I shot a Nazi in the balls, but it looks like I won’t have to wait that much longer – Rebellion games has announced the next game in the Sniper Elite series, Sniper Elite 4.

Sniper Elite 4 will take place in 1943 Italy. According to the game’s website, the next installment furthers the series’ World War II heritage “by transporting players across the beautiful Italian peninsula, from sun-drenched Mediterranean coastal towns, to colossal Nazi mega structures, daunting forests and giddying mountain monasteries inspired by Monte Cassino.”

Players take on the role of covert agent and elite marksman Karl Fairburne, who must “fight alongside the brave men and women of the Italian Resistance to help free their country from the yoke of Fascism, and defeat a terrifying new threat with the potential to halt the Allied fightback in Europe before it’s even begun.” The stakes are as high as ever. Rebellion says, “If his mission fails, there will be no Operation Overlord, no D-Day landings, and no Victory in Europe.” Sniper Elite 4 will run natively in 1080p on both Playstation 4 and Xbox One, and is built from the ground up for next-gen hardware. Rebellion reports the game’s maps are “many times the size of those seen in Sniper Elite 3.” In addition to “an expansive campaign,” the developer also reports dedicated co-op returns, along with adversarial multiplayer modes. The series is well-known for its advanced ballistics and stealth simulation systems.

Sniper Elite 4 is expected sometime this year on Playstation 4, Xbox One, and PC, and you can sign up for a chance to win a copy at launch. Simply head over to the official website and sign up for the newsletter. To celebrate the announcement of Sniper Elite 4, Rebellion also released a new trailer. Check it out below.