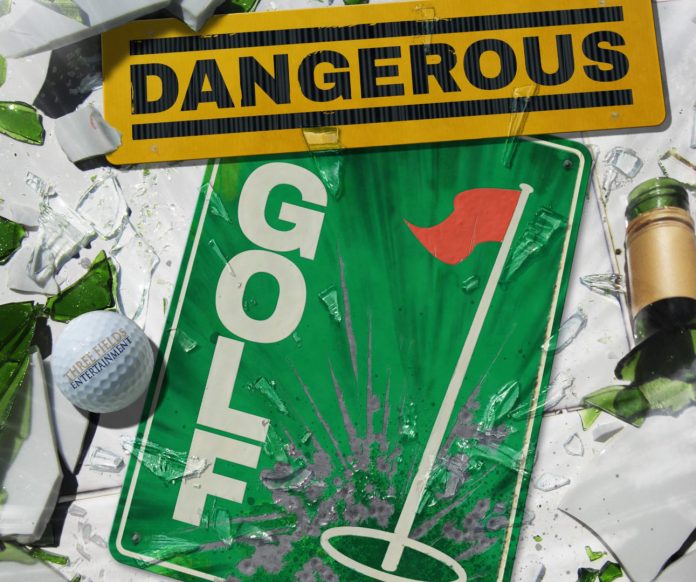 Explosions, destruction and mayhem are not normally words that you associate with Golf. In the case of the upcoming title from Three Fields Entertainment, Dangerous Golf is all about just how much damage you can cause.

Intrigued by the concept, we set out to find out more by speaking with Alex Ward how founded the studio.

The first thing everyone will want to know is why should they be getting excited for the release of Dangerous Golf in May?

“Actually, we think our game will release in June now rather than May. We hope you’ll be excited as it’s an exciting new game made by a small and passionate independent development team. We all left well paid and stable careers to have a go at making a game completely independently. It’s a fun and silly twist on a game genre.”

Better to delay and release a polished product is my motto!

So how did you come up with this wacky but awesome concept for Dangerous Golf?

“When we formed Three Fields Entertainment we sat around and thought about what things we wanted to explore. Our programmers Paul, Phil and Alex really wanted to explore cutting edge game physics. To succeed creatively and commercially you need to find a good idea quickly that everyone can rally around. I’d just watched a fun documentary on Netflix called “The Short Game” and movies like “Caddyshack” and “Tin Cup” had always been favorites. I had also stumbled across an amazing YouTube channel called “Dude Perfect” which showed people performing incredible trick shots with a variety of different balls. So we mixed physics, golf, trick shots, a bit of “Burnout” and a bit of “Black” and the concept of “Dangerous Golf” was born.”

So looking forward, are there any plans for an expansion to the initial game either via DLC or through ongoing updates?

“No. We’re an incredibly small studio. There are only eleven of us. And we’re releasing a game on three platforms – PC, PlayStation4 and Xbox One all at the same time. Most people don’t realise what an incredible amount of work is actually involved in doing that. We’re focused on releasing the best game we possibly can. We don’t have much money left, so stuff like DLC and updates are a luxury that small companies like us just can’t afford right now. You see those sorts of things from big publishers. Maybe in the future we can, but not right now for or first game. We pooled our life savings to make this game, it’s been entirely funded by ourselves – we’re not backed by a Sony or a Microsoft.”

Have you considered creating a VR compatible version of Dangerous Golf? (Personally I think that would be AWESOME!)

“Of course, we have several years of VR experience already from our previous jobs. We have both Oculus Rift and PSVR development kit here at the office. The Oculus guys in particular are really cool – we enjoyed a great day meeting them and they were kind enough to show us some of the games they will be releasing.

There are no plans right now to add VR capability into “Dangerous Golf” though. We’re too busy with all the work I mentioned above – such as making Leaderboards work properly, or putting in decent Trophies and Achievements.”

This is something I would really like to see, as someone who intends on being a day one purchaser of the PlayStation VR headset, I know this is one of the games I would love to see on there.

Ok, so what can you tell us about Dangerous Golf that we don’t already know?

“Probably that it isn’t what you think it is.

We’ve been deliberate in terms of what we say about the game and what we’ve shown. We want this to be a game that players discover for the themselves.

We just hope players will enjoy the destruction, the competition and the couch co-op play in ‘Dangerous Golf.’”

The concept behind Dangerous Golf is brilliant, who doesn’t want to smash expensive antiques and blow up gas stations? We are really looking forward to the release of Dangerous Golf in June later this year for PlayStation 4, Xbox One and PC.

In the meantime, check out some of the screen shots below and see the destruction for yourself.