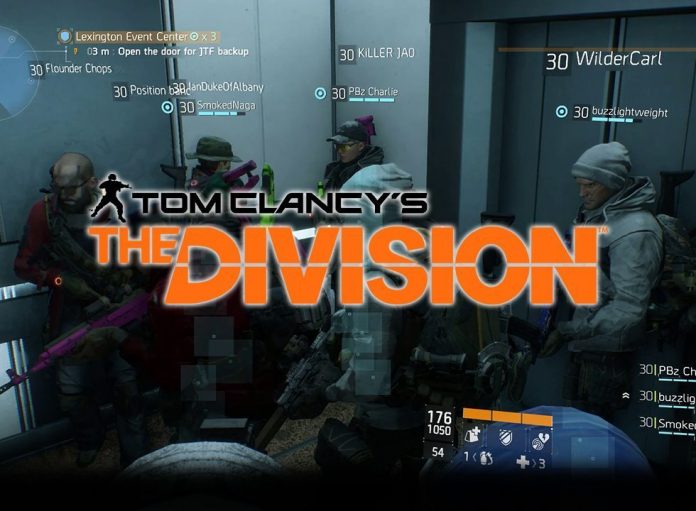 Playing Tom Clancy’s The Division with friends is a blast. However, you’re generally stuck with a limit of four players in your party. – Well, not anymore.

Some players have discovered a glitch resulting from The Division‘s matchmaking system, which allows dozens of players into the same game instance, and results in ridiculous games.

The glitch results when inviting friends while matchmaking for random players at the start of a mission. As soon as your friends accept the invite, kick them from the group. This results in the player remaining in your game, but not in the group. These players can invite their own friends, and so can the random players.

The result? Other players have found upwards of around 30 players can be in the same mission at once. This means some crowded elevators.

Of course, this discovery means the large group of players can steamroll through even the most challenging missions, resulting in a new farming exploit (ironically soon after publisher Ubisoft patched the infamous “Bullet King” exploit).

What’s more, although the players are not in your party, they receive buffs from your skills, and can revive you.

The party leader can then restart the mission, and the large group can continue to run the mission until they get bored or disconnect. While certainly an exploit, it does offer an interesting glimpse into the potential of The Division. We now know the game could support missions with large player groups – even larger than those used in Destiny‘s Raid-system. Anyone else up for taking on a mega-boss with 20 or so friends? I am.

It’s not clear if Ubisoft is aware of the newest exploit for The Division, but it’s likely they will work to resolve the issue immediately. We’ll keep you posted as soon as we know more.