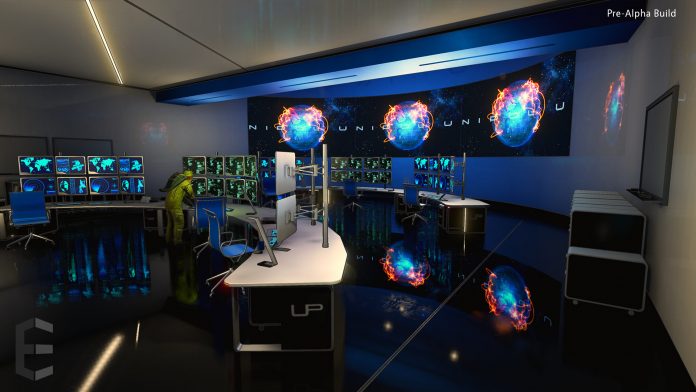 Video games have been a part of many of our lives for as long as we can remember. Providing endless hours of entertainment, the games industry has also provided us with a platform on which we can develop lasting friendships and learn valuable life skills.

Games are not just about being entertained though, there is a much more important role that games can play in the lives of those who enter these individual experiences, and with the evolution of the independent games scene becoming so prevalent, we are now seeing many more educational tools being harnessed.

It’s one thing to sit down in front of a PC or console and mindlessly shoot wave after wave of bad guys, and it’s completely another to walk away from your experience educated on some of the harder hitting realities of this world.

One of the more taboo subject matters, that Serellan have the gumption to tackle, is human trafficking.

Over 600,000 people are victims of human trafficking every year, and even more disturbing is not only sex trafficking as a whole, but the use of it to fund ongoing civil wars.

As a society we tend to turn a blind eye to even the existence of such atrocities, however the power of being an independent game developer is that you can bring issues such as these to the forefront, and that is exactly what Serellan have done in developing their current title Epsilon.

Using strategic thinking to achieve an objective is your main focus. Get in, get that intel, stop the bad guys, and get back out again, whilst subconsciously contemplating the implications of how these scenarios translate to the real world. Epsilon is a hybrid stealth-action near-future tactical shooter where pre-planning and commanding your squad is essential for survival. Through high intensity kinetic operations, Epsilon is the unit tasked by Unipol to counter Eastern European militias engaged in human trafficking.

Epsilon is currently available via Early Access on Steam and has been evolving from its pre-alpha state through the assistance and feedback of those who have been early adopters (and of course the insomniacs behind the scenes at Serellan). It really is quite something to watch a game start from a very early pre-alpha state, through to ready for full release, and this is the opportunity you have available to you via the Early Access program.

To give you more insight into the game itself and what you can expect to gain from the experience, we sat down with Lead Developer, Christian Allen, to get a deeper look into the magic that goes on behind the curtains.

Firstly, for those who have not encountered Epsilon before, can you describe the base mechanics and of the game and what type of experience the payer can expect?

“Epsilon is a hybrid squad based tactical shooter, focusing on pre-mission intel gathering and planning, non linear mission design, and objective based gameplay. Players that investigate, plan, and properly use their squad will dominate.” Epsilon has been in Early Access on Steam for several month’s now, how are you finding the community engagement and growth rate of the player base so far?

“Growth has been slow but steady. The community is really engaged, and essential to our development, both with general feedback, and in testing as well. Our community testing group has found many bugs that we missed and fixed before it was released.”

How beneficial have you found the Early Access program to be in regards to the evolving development of Epsilon?

“It has been critical. There have several features that would not be in the pipeline if people weren’t playing the game and giving feedback right now. For example, a few weeks ago someone suggested the ability to quickly tab through security cameras instead of having to always click through the planning map. We got this implemented and it will be in the next update.

Having this level of interaction, feedback, and frankly help during development is much more beneficial for an indie studio than it is to treat a digital title like a traditional retail release, where you build a game, ship it, and hope it is well received.”

Can fans of the franchise look forward to a console version of the game in the future or even a VR experience?

“We do want to bring Epsilon to consoles, although we are focusing on PC development right now. We’ll have to see what the market looks like for VR down the line. For an indie developer, the penetration of the various devices will be a driving factor, and what kind of marketplace exists.” Obviously you have worked with various different engines throughout your career, what was the deciding factor in using the Unreal Engine 4?

“With a small team, the great thing about UE4 is not only its power, but the ability to wear many different hats. I can do a lot of prototyping and construction without the need for engineering support, which is critical for an indie developer. There is also a great support system for quickly finding info about implementation. We have really enjoyed UE4.”

What makes Epsilon stand out in its genre from other shooters?

“We are focused on providing tools and tactics for the player to be squad leader. Whether it is accessing security cameras, opti wanding under doors, using breach charges, or the various ways you can direct your team, either directly or through pre-planning, we work to empower the player, instead of a funneled linear cinematic experience. We also focused on a clean, crisp, semi-stylized art style utilizing extensive post processing effects, standing apart from the “dirty grey and brown” FPS’s that have dominated recently.”

What can we expect from Epsilon in the future once the full release has landed?

“Right now all of our focus is on Epsilon! Hopefully in the future, we can be looking to expansions or sequels, but we want to get Epsilon done, and it is our singular focus.”

If you have not yet had the opportunity to take a look at Epsilon in action, we have included a pre-alpha trailer below which shows off stunning artistic styling as well as some of the games mechanics:

The minimum system requirements needed to run Epsilon on your PC are:

You can become a part of Epsilon’s Early Access by visiting their listing on Steam, which is where you will also find regular updates on what has been added to the game.

The forums are also a great source of information about how development is coming along, and a brilliant way for you to provide feedback and ask questions.

For more insight into Christian Allen’s experience, view points and passion for Epsilon, please see the below video: