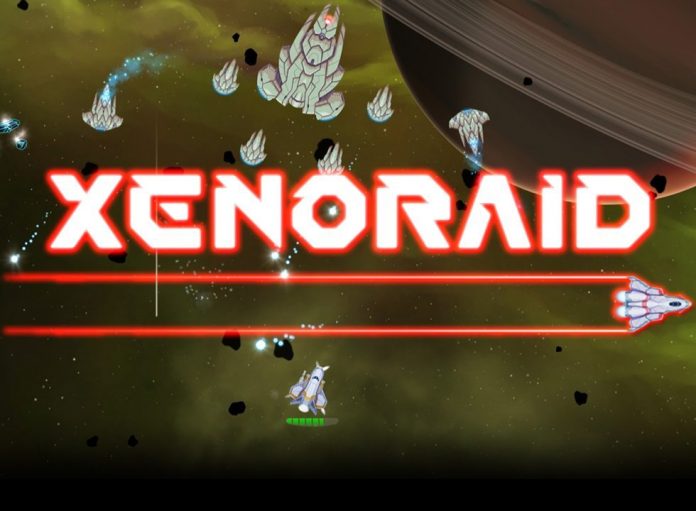 If you’re a fan of classic shoot’em ups, like 1941: Counterattack or the Raiden series, put Xenoraid on your radar.

Xenoraid borrows the best elements from these classics and mixes them with modern game technology. Developer 10tons describes the game on its Steam Greenlight page as “a vertically scrolling shoot’em up focusing on exciting action and deliberate shooting, with a few microshrapnels of bullet hell.”

Xenoraid‘s lead developer and producer Jaakko Maaniemi says he’s trying to resurrect an old genre with the new game, “I’ve always felt that the basic idea of the genre is sound, and I’ve been disappointed and a bit surprised it’s not being worked on very actively,” he says.

Set in the year 2032, Xenoraid depicts the first ever space war. Earth is under attack by a small alien raiding fleet, and starfighters are improvised by arming existing spacecrafts with machineguns, autocannons, missiles and experimental weapons. Xenoraid features a story-driven campaign mode with several multi-mission battles, bosses, weapon and tech upgrades. Both the campaign mode and Survival game mode are playable as local co-op with full gamepad support.

In Xenoraid, up to four fighters take part in each mission and you can switch between them at will. All shot up and about to explode? Bring in a fresh fighter! A heavy enemy giving you trouble? Switch to the fighter with a 100mm cannon to blow it away! Juggling wingmen is a sure way to keep you on your toes.

Maaniemi says it’s part of an effort to shake things up, “I basically dislike bullet hell, as I feel it converts the genre to something else entirely, into a memory test and even a sort of rhythm game.” But your memory can’t save you in Xenoraid. “I personally want to focus on shooting as much as possible, we’re talking about a shooter genre after all, right?” Maaniemi says.

Xenoraid is set for release this year on Steam and for PS4, Vita, and Xbox One. In the meantime, be sure to vote for Xenoraid on Steam Greenlight.

Curious to see the game in action? Check out Xenoraid‘s trailer for Steam Greenlight: