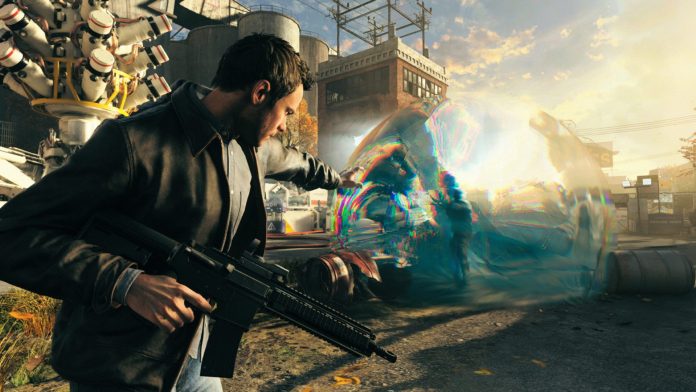 Launching a new IP is more challenging than it seems on the surface. What was once a simple marketing plan to get exposure of the upcoming release out into the gaming community, has now turned into a strategic process to produce maximum exposure and ensure the success of the new IP.

Unlike existing franchises, when a new title is introduced there is no current fan base to gear your marketing towards, so one has to be created.

Aaron explains that “when you go and launch a new version of Gears or Halo or Forza, you have an existing fan base to sell into, to market too, and to build communities around. But when you are starting with a new IP like Quantum Break you’re starting from scratch so you have to build that community up.”

“We did some things uniquely different for Quantum [Break]. We produced assets in a different way, and one of the things that we did that was very different was is we did a global tour“.

Obviously, gamers are going to feel more invested and passionate about a games’ release if they have an opportunity to experience it firsthand prior to its launch, and a global tour for Quantum Break has certainly facilitated that.

Everything from pizza boxes in Spain with Quantum Break printed on them, to pop up stores around America, marketing campaigns have evolved dramatically over the past few years to become almost a spectacle in their own right.

Starting tomorrow a TV campaign will launch in the USA, Canada and Europe for Quantum Break which will take us through to the launch later this week on April 5th.

Aaron also confirmed that Microsoft will be hosting the Xbox Fanfest at E3 2016, with more details coming later this year in May. The 2015 Fanfest was a massive success which allows gamers to have a much more ‘hands on’ experience at the event and interact with industry professionals.

For more insight into the marketing process that has been implemented for what is set to be one of this year’s biggest blockbuster new IP’s, see the interview hosted by the TXR Podcast below: