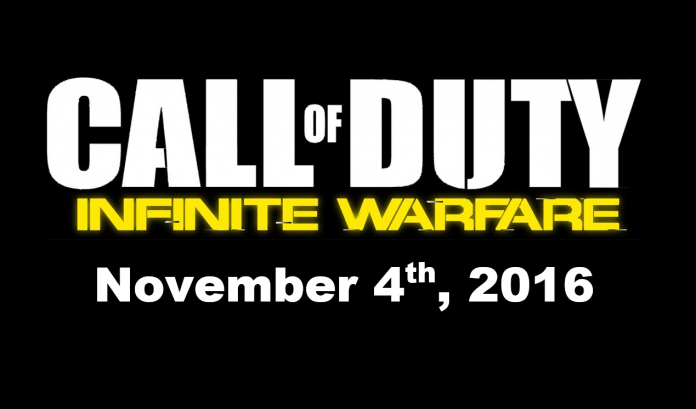 Leaks have been popping up all over the place in regards to the 2016 instalment in the Call of Duty franchise. Personally I believe a lot of these to be ‘controlled leaks’, as per every year, to grow hype for the announcement that will be made next month on May 3rd.

Controlled or not they are here and tell us that the next instalment in the franchise will be called Infinite Warfare – original right? A user on Snapchat has now shared an image of a pre-order card for the ‘Legacy Edition’ which shows that a remastered digital only version of Modern Warfare will be a part of the pre-order bonuses.

The other thing we can take away from this image is yes, it looks futuristic which is what most people had been praying wouldn’t be the case. If you look at the lower right the image shows a ‘space helmet’ in the left hand of the soldier in the image.

The release date is set to be November 4th 2016 which is sticking with the new Friday release date trend of the past couple of years.

We don’t know yet exactly what platforms the game will be released on however it is safe to say that this will be a current generation release only.

We will confirm those details with you once Infinity Ward make an official statement, so please keep in mind, as stated above, these details are ‘leaked’ and therefore filed under rumor.

In other related Call of Duty information, Treyarch have finally announced Clan Participation has been added to Black Ops 3. you can find all the details in the below video.