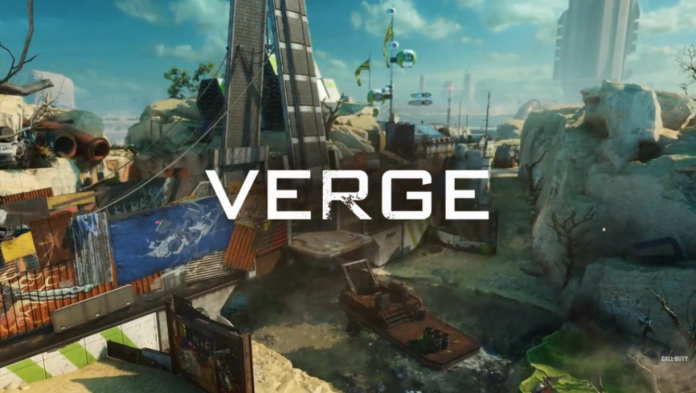 We are now accustomed to at least one ‘new’ map in every DLC pack being a remake of a ‘fan favorite’ from previous instalments in the Call of Duty franchise, and Black Ops 3 is no exception to the rule.

Featured in DLC #2 ECLIPSE is a remake of Banzi from World at War. Take a look at your first glimpse of ‘Verge’ below.

Look familiar? This re-imagining of Treyarch’s classic “Banzai” from World at War drops players into the center of a post-apocalyptic battleground. As water sources dry up, two competing factions fight to maintain their supply. Take control of the key bridge, fortresses, tunnel systems, and waterfalls to survive in the high-stakes wasteland of Verge.

The Eclipse DLC lands first on PlayStation 4, April 19th, with Xbox One and PC to follow 4 weeks later.