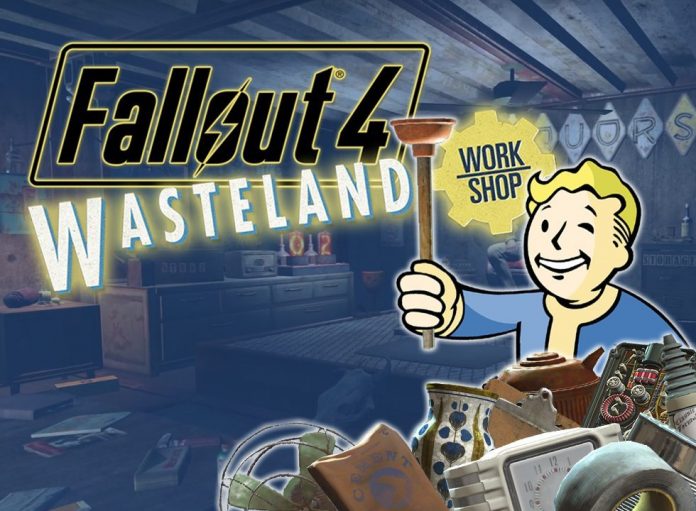 The release of Fallout 4’s second pack of downloadable content, Wasteland Workshop, is just around the corner. For many, this means spending a lot of time scavenging materials to build new structures – especially if you’re on Xbox One or Playstation 4.

This guide was created to help you spend more time building, and less time scavenging.

In Fallout 4, players build settlements using resources found in the Commonwealth. While provided with some initial materials, these run out quickly, meaning players will spend a significant amount of time scavenging for more. Thankfully, materials in Fallout 4 are not limited – they will repopulate in certain areas, to make sure you can always find what you need. But haphazardly searching for items is a sure way to waste a lot of time. Learning where certain material types are common will make scavenging trips more productive. In most cases, once you have looted a location of materials, it will take a couple in-game days to repopulate. You can speed up this process by waiting, sleeping in a bed, or exploring other locations in the meantime.

If you’re serious about crafting and building, invest in the Scrapper Perk. Rank 1 lets you salvage uncommon components like screws, aluminum, and copper when scrapping weapons and armor. Rank 2 lets you salvage rare components like circuitry, nuclear material, and fiber optics when scrapping weapons and armor. The best part? Rank 2 also highlights items containing materials you have tagged for searching. While crafting, to tag an item for searching, you must be needing that item – click the appropriate button when crafting or building to mark it as a search target. You can also do this from the inventory menu. This helps speed up the scavenging process by ensuring you only check containers with sought-after materials.

So, say you are in need of a particular material. Where do you go? Here’s a list of commonly-desired materials and prime locations rich with them.

If you need adhesive or oil, you can actually craft them. Make adhesive as vegetable starch at any cooking station. You can make oil as cutting fluid at chemistry stations.

There are other ways to obtain materials in Fallout 4, aside from scavenging locations. You can also build your own scavenging farm. To make an effective scavenging farm, you’re going to need a lot of scavenging stations and workers. Many players don’t assign all of their workers to jobs, so give those lazy people something to do!

To make supply lines, you must have at least Rank 1 in the Local Leader perk. Alternatively, you can always move everything manually from one settlement to another, using Rank 4 of the Strong Back perk.

Everything we’ve seen for the Wasteland Workshop downloadable content indicates we’ll be stretched for materials when it’s released. The new expansion pack adds dozens of new items, including lights, concrete structures, beast traps, and an arena fighting mechanic. I have already spent dozens of hours in Fallout 4 building settlements, and I’m already short of materials thanks to the Automatron DLC. If you missed our analysis of the Wasteland Workshop trailer, pointing out things you might have missed, check it out below.

Wasteland Workshop will be available April 12th on Xbox One, Playstation 4, and PC. It is included with Fallout 4‘s Season Pass, or can be purchased separately for $4.99 (US).

What are your favorite scavenging locations? Do you have your own method? Tell us in the comments!