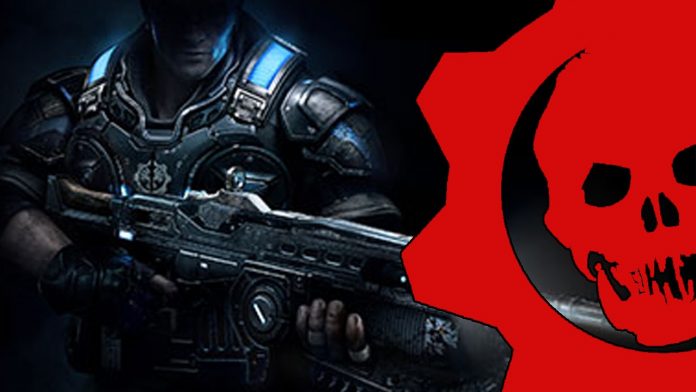 We start off with 3 rather small maps, Harbor, Foundation and Dam. None of them are all too exciting and in my personal opinion, are entirely to small. Spawn killing happens often and is unavoidable. One team can easily ruin another teams killing streak by simply hiding out near your spawn point and waiting the 10 seconds or so in which you have spawn protection, then springing up and cluster killing everyone with a lucky grenade toss. Although rumor has it full game will have 10 maps, I sure hope they are bigger in size and spawn sides switch more frequently.

There are 3 different game mode types available in the beta, 2 of which are brand new to the Gears of War series. You have your standard Team Death Match (TDM) which is a 5 on 5 battle to the death in which both teams are given 15 spawns. Whichever team eliminates the teams set of spawns first wins.

Dodge Ball is a new and exciting way to kill with your friends. The rules of the game are exactly like that game we all used to play in gym in the 5th grade. You get 1 life, if you die – you’re out! If you get a kill that gives you the right to bring someone from your team who is out back into the game. It should definitely be played in a party with a group of people you know so you can cheer one another on and help spot enemies tracking your friend down so they can get the kill first and bring you back in. The 3rd match type is Co-Op TDM, this game type pits you and 4 friends against 5 bots. Easy right? Nope. The trick is the bots are auto set to  hardcore AI, so bringing them down may prove to be a little more difficult than you’d expect. I also noticed they are a little more tactical than what we are typically used to in the Gears of War franchise.

Sadly there is only one weapon that I found in the beta that is brand new, the ‘Dropshot’. It’s like an Aerial Digger and a Boom Shot had a baby. You simply fire it in the general direction of a crowd of your opponents and hold down the right trigger until it’s over their heads, and it does exactly what the name implies, it drops. It does massive damage and has an unnecessarily large blast zone.

The same old weapons from previous Gears games come back with a vengeance, the Torque Bow, Boom Shot, Long Shot and everyone’s favorites the Frag Grenades. They have increased the blast zone of all of the explosive weapons 10 fold. No more barely missing someone with a Boom Shot. Frag throws don’t have to be precise at all, just toss and go. They do carry on the tradition from Gears of War 3 with ribbons given for the good things you do in a match such earning MVP with the most kills, and there’s still the ones you hate to get like FIFO (first in first out) this is awarded for being killed first. Some ribbons provide bragging rights and others, not so much.

Although the beta doesn’t offer a whole lot in what to expect for the story, it does showcase beautiful graphics and lots of squishy sounds when you shotgun someone in the face at point blank range. The new enemies look promising and are full of details. Our new heroes however look young and not so ape-ish as their predecessors Marcus Fenix and the gang.

It has also been announced that if you reach rank 20 in the beta you will receive some nifty skins and such for the actual game on release date. This is something I hoped they’d carry over from Gears of War 3, which also offered rewards for reaching a certain level in the beta. So many games miss out on an opportunity to really have their players grind the beta and provide the best feed back possible. Gears has done this for me with just the simple promise of an old school rusted out Lancer skin waiting for me October 11th.

I personally had a blast playing this beta with my friends. Yes there were some classic Gears glitches and deaths that have you questioning your sanity, but all in all it is a great beta and shows that the Gears franchise has in fact gone back to its roots, giving us some good old fashioned ways to massacre the ones we love.