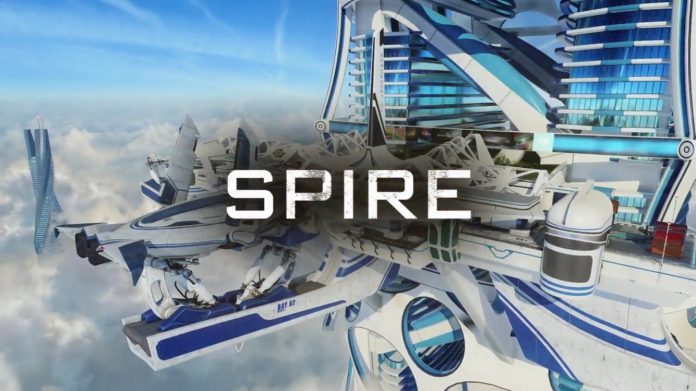 Arriving first on PlayStation 4 this April 19th is the ECLIPSE DLC for Call of Duty: Black Ops 3.

In the below trailer you can get your first glimpses of the map’s layout and the multi-level, sub-orbital design that makes up Spire.

Watch your step. Spire brings the fight into the clouds in a futuristic sub-orbital airport terminal, complete with multiple levels and a sleek, streamlined design.